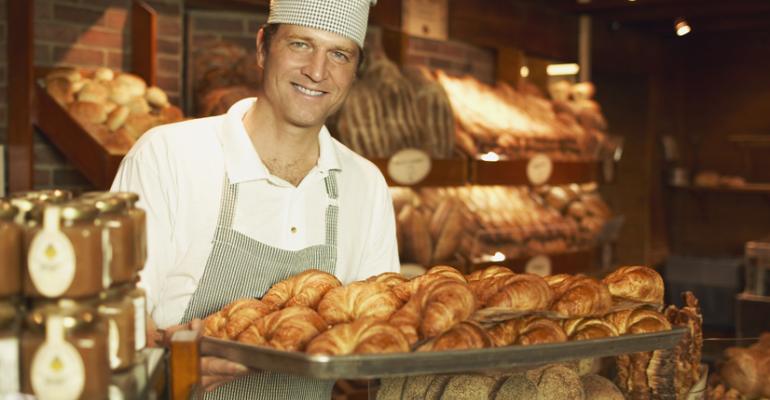 At first glance, a bakery might seem like a terrible place for customers who want to avoid wheat. However, in-store bakeries are noticing a small, but growing demand for gluten-free products and have been finding ways to accommodate these shoppers, according to a roundtable conducted for SN’s sister brand Modern Baking this summer.

In the excerpts from the roundtable below, in-store bakery executives also report on consumer and sales trends. Bakemark sponsored the roundtable.

Interviewer: What are you seeing in the market? How are customer count sales? 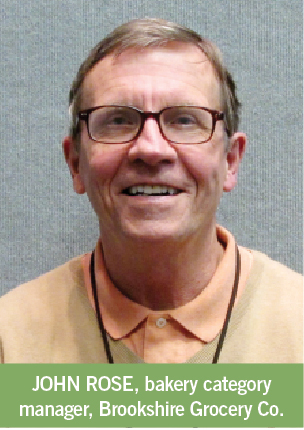 John Rose, Brookshire Grocery Co.: We’re seeing a customer that is just really rewarding fresh baked. They’re rewarding it, obviously, with repeat business. And they want good stuff — good bakery products. And the price isn’t important or any of those things, but it is just good and fresh and great stuff. There’s just been a shift there, at least I think, from what we’ve seen. It’s been pretty cool, really.

Yes, kind of a shift back to the focus on quality and maybe not quite so much focus on price, necessarily.

John Chickery, Riesbeck’s Food Markets: I would have a tendency to agree with that. You know, we do things differently than what our competition does. They open a box and throw it on the shelf, where we actually manufacture it fresh every day. And I can tell you, the quality is a lot higher than what you would find at our competition.

And price; I really don’t think our consumers today are concerned about the higher price because they want quality. My bakery business is up this year. It was up last year. So that’s a good sign. 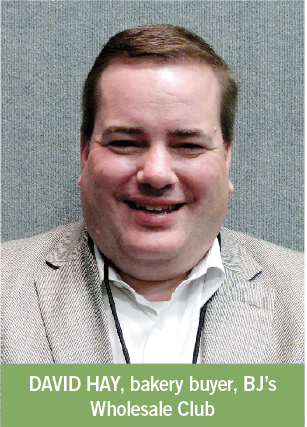 Tony Byington, Hy-Vee Food Stores: Our bakery sales are up about 5%. So not huge, but growing and doing decent. But we really have to work at it. It takes a lot of marketing compared to what we are used to in the past. And I echo completely what the rest of the table says — quality is No. 1. Customers want good products, they want them fresh baked. They want clean ingredients and get away from all of the additives. So the more we cater to that customer and give them those products, the better our sales.

Scott Fox, Dorothy Lane Market: I think for Dorothy Lane our bakery business is up. It’s not up as much as it has been in the past years. I think we’re at a level where we need to create new products for our customers. They’re looking for more healthier options. And we’ve had some new store open up around us, too, so — but, yeah, it’s been good. Bakery trends ahead of the rest of the company.

Interviewer: Gluten-free isn’t going anywhere. So how are you addressing it? 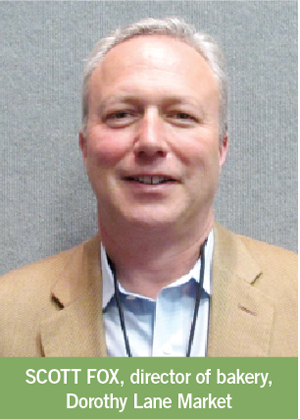 Fox: We, at this point, have worked with outside local gluten-free bakeries. We have maybe half a dozen of them we work with, and we try to get them to keep us exclusive in order to do that. And we get them to guarantee the sales, but we don’t make much of a market. We’re making 10%. We’re not in it to make money. We’re in it to try to make our customers happy. But I’ve been thinking about this a lot lately and I really think that our industry is going to look a lot different about 10, five years from now. And even people that aren’t celiac, they’re not wanting to eat wheat.

Fox: And sugar. Sugar is — you know, [influenced by] Dr. Oz and everything. So two of the main ingredients of our products, sugar and flour, our consumers are being told, “Don’t eat this.” Several months ago, our bread sales declined for the first time in 17 years since we launched it. We’ve had a decline in our bread. And I was in one of my stores several months ago. I was walking back towards the front of the store, and I had two customers, husband and wife, and they were probably in their mid-30s, and they walked past the bread case and the gentleman said, “Man, I miss that bread.” And he just kept on going. And it hit me that our industry is changing. We’re going to have to figure out what we’re going to be. Because I’m at the point now where — do I need to invest and build a separate facility for gluten free? 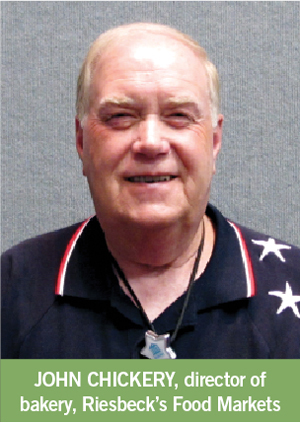 Rose: We put a couple items like a gluten-free muffin, gluten-free cookie, I think. I forget just what it was. But [we offered the product] knowing full well it’s not going to be the big mover and there’s not a lot of money in it.

But to your point, you get these write-ins from that small little group of customers looking for it. You think, well, all right, we’ll set aside a little section for it here and we’ll have it. I think we have a line of gluten-free breads. And you just kind of want to see where it’s going to go. I think it’s one of those bakery things where the bakery industry seems to throw something on the wall and see if it’s going to stick, stick around. And if it is, then we move in that direction. Because that’s expensive for a manufacturer to start going down that road and then get halfway there and, oh, now we changed our minds, we don’t like that anymore. But I think it’s here to stay.

Interviewer: Do some of your individual stores work with, like Scott does, with a local gluten-free bakery, or is that not even an option?

Randy Calhoun, Hy-Vee Food Stores: There are some of them that do that, but it’s just real spotty. Very spotty. 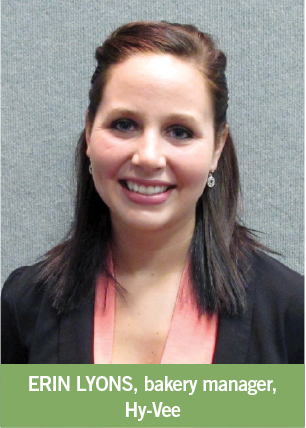 Erin Lyons, Hy-Vee Food Stores: I had somebody contact me that does [a gluten-free bakery] business about half an hour away from me and she brings it in to you once a week. She doesn’t guarantee the sale on it, so that’s where it kind of got me. And I’m in a smaller store, so I’m not messing with it right now, but I know she does really well with it over in the town next to me. It’s bigger and it has a lot of college students. But, like you guys said, I don’t think it [gluten-free] is going away. I mean, you’d have to offer them something, you know, even if it’s in our frozen department. Just got to keep that customer service there.

Calhoun: I believe that it’s here to stay, unlike the fat free that we went through 20 years ago that everybody was going eat fat free and — because the celiac, it’s a real thing. It’s not a trend-type thing. Sugar-free is another one that will probably be around for a long time.

Interviewer: Just because of diabetes. 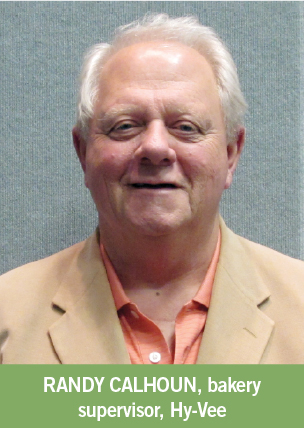 Hay: We’ve held off on the gluten-free from a company standpoint probably until next year. When you’re in a club, you have limited SKUs. So when you look at the supermarket retail competitors, it’s in the grocery aisle, it’s in the frozen food section. So our concern was, if we put it in just bakery, it would be a secondary stop. And it wouldn’t have the turns, it wouldn’t. And although we might make a couple of friends at the end of  the day, it just wasn’t a business that was even single-digit profitability.

So we want to take more of a holistic approach across the entire club and create some awareness that we now have it [gluten-free product] in frozen food. We have it scattered now, but we’re not taking credit for it. In a limited-SKU environment, it’s a little tougher.

Interviewer: Is that something that you can address in the bakery? 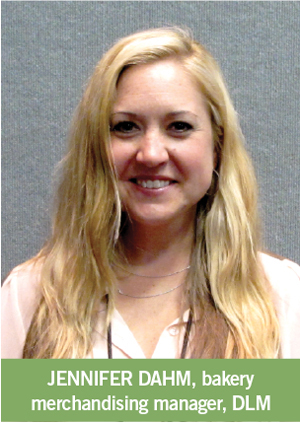 Fox: We’ve been having some success with sprouted wheat flour because your body does digest it a lot differently than regular mill flower. And we’re making two different breads that have been very, very successful. This summer, that’s going to be one of our projects is developing hopefully a muffin using sprouted grain and maybe a cookie line for those that aren’t celiacs that don’t want to eat the wheat so much. It’s been a big educational piece on our part trying to get them to understand that your body will digest that as a plant food instead of a starch. So we’re dabbling in that. So far it’s been good.

Byington: For me, even greater than gluten free, the request I get more than anything by far is just to have nutritional labeling on our products.

Byington: So we’ve been working on it for about the last year and we’re — I mean, it’s a huge undertaking to try and enter all that data into every scale label. And then you —

Interviewer:  Because they want to know what ingredients are in there. 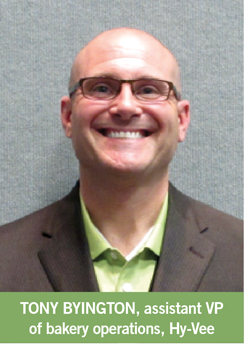 Byington: Yes. And the fat content and the salt content and all of the nutritional panel information. So we’re about four months away from adding [the labels] — we’re even going to have to go with a longer larger scale label to include that nutritional panel, which I hate. But I get that demand extremely strong more than anything.

Byington: And so we’re close.

Information is so readily available that they expect it. Where’s it at? It’s on everything else. Why isn’t it in the bakery?

Fox: Yeah. We might as well just do it. The sooner we do it, the better.

Rose: We implemented FIM software, fresh item management, for that purpose a year and a half, two years ago, whatever it was, and we had to start scale labeling and costing and all of that. Now we finished that, now we’re into nutritionals like what Tony’s talking about.