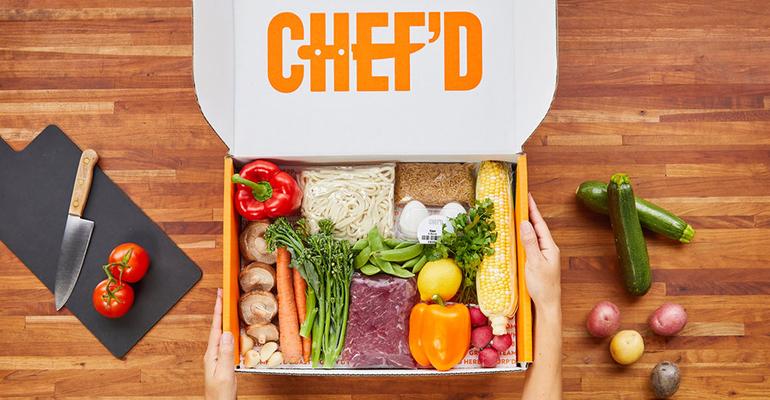 Chef’d is back in business — but not e-business

One week after abruptly closing up shop due to financial issues, Chef’d meal kits has been thrown a lifeline with the purchase of the company’s assets by True Food Innovations, a California-based fresh food technology, CPG and manufacturing company.

"We are looking forward to working with brands and former customers as we restructure and operate the Chef'd assets," said Robert T. Jones, president of True Food Innovations, who prior to leading True Food Innovations served as SVP business development at Chef'd. "We have already developed and are in market with long shelf-life retail meal kits under the brand of True Chef, so we seized the opportunity to acquire the assets and brand of Chef'd as the transaction will be accretive to our business from day one. We believe the retail channel will continue to grow and we will concentrate our efforts on that portion of the Chef'd business.”

The Wall Street Journal reported today that True Food will continue to sell Chef’d meal kits in grocery stores and other retail outlets, but it will suspend its sprawling e-commerce offerings while it works to become profitable. Jones — who as a Chef’d exec negotiated many of the meal kit company’s deals to sell in retail stores — described the strategy as “meal-kit 2.0.”

According to the Journal report, the new company will retain the Chef’d name but won’t keep the existing licensing deals and will try to renegotiate its retailer agreements. Jones also said that former Chef’d employees wouldn’t be brought back under True Food’s ownership.

During Chef’d’s three-year history, the company burned through financing from venture capitalists and food industry partners such as Campbell Soup Co. and Smithfield Foods Inc. At the same time, it had embarked on an ambitious expansion plan over the past several months, entering the retail arena in early May with the distribution of meal kits to more than a dozen grocery retailers in 27 states. And last month, Chef’d rolled out a selection of meal kits to 30 Walgreens and Duane Reade stores in a pilot in the metropolitan New York area, becoming, according to the company, “the first meal kit provider to have retail distribution at drugstores.”

And then, in a July 16 memo to employees, Chef’d Founder Kyle Ransford announced that the company had encountered “setbacks in financing” due to “unexpected circumstances” and was closing that day, with all staff being terminated.

Chef’d differentiated itself from meal kit competitors by going with a nonsubscription-based model and offering one of the widest selections of meals. Its move into retail — and that continued direction by its new owner — reflects the overall meal kit trend of moving away from subscriptions and becoming an in-store affair.