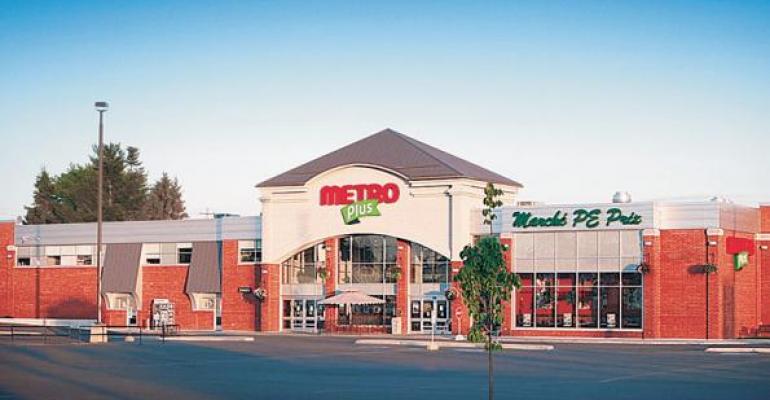 &quot;Consumers want to take steps, they want to improve, but we need to give them tools so they can do that on a day-to-day basis.&rdquo; &mdash; Marc Giroux, VP, chief marketing and communications officer, Metro Inc.

MONTREAL — Before Metro Inc. introduced its À votre santé avec Metro, or My Healthy Plate with Metro, healthy eating program, the retailer dug into studies and conducted its own research on what Canadians expect from grocers in terms of health.

“What consumers told us in research is that often health programs are complex and are stressful because they demand to make significant changes in your habits. And consumers want to take steps, they want to improve, but we need to give them tools so they can do that on a day-to-day basis,” said Marc Giroux, vice president, chief marketing and communications officer.

Many consumers have the misconception that healthy food is more expensive, Giroux also noted. 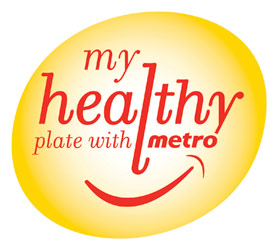 The Metro approach is multi-faceted. An in-store campaign promotes produce as a basis of meals made from scratch. A chef and a dietitian promote weekly easy recipes.

“The whole idea is we’ve developed a brand for the program that’s really light and fun with the smiley faces,” said Giroux.

While that may be the case, it’s also a science-based program developed in partnership with the McGill Centre for the Convergence of Health and Economics using recommendations from Health Canada’s  Food Guide.

For some categories, such as ready-to-eat muffins, fresh cheese and frozen hors-d’oeuvres, there are no “great” options because dietitians felt no products met that standard.

Metro launched the smiles program in October in 35 categories in breakfast, dairy, beverages and frozen products.

“In fact, breakfast is the most important meal of the day. So if we have to start somewhere, we wanted to start where it would have the most impact,” said Giroux.

“And secondly, we’ve chosen frozen and other categories because we want the program to be visible across the store from the get-go,” he added.

More categories will become part of the program in January with the whole store receiving ratings by April.

The retailer will also adjust product offerings to ensure healthy foods are available in every category.

“Our private-label team within our business have evaluated 100% of the products and the strategies are being deployed to improve private-label offerings,” said Giroux.

In addition, providing healthy options is a new criterion for the central procurement and assortment team.

Metro has already received positive feedback from customers, Giroux said. He related seeing a mother telling her child to pick a cereal with a smile icon.

“And I was really happy to see that because it’s really what we wanted to achieve. We wanted a program that was accessible and that was fun to engage with.”

The retailer has publicized the new programs in its flyer and plans to hold in-store tasting events of healthy products and demos with vendors. Through its website and social media, Metro will hold chats where consumers can ask questions of dietitians.

“We believe that the most effective way to bring tools to consumers around recipes and getting access to experts is through digital platforms through the web, Facebook and our mobile app,” said Giroux.

The mobile app is part of a new digital eco-system launched in September that Giroux said has grown Metro’s web traffic by 60%. Starting in January 2014, consumers will see some of the in-store programs reflected digitally.

Right now, the retailer is working with its McGill partners to figure out how to quantify the results of its programs in terms of consumer behavior and economic impact.

“And the idea is that later, in 2014 when the program has been launched across the store, is to implement methodologies to be able to measure the change in behavior and the impact, the positive impact, on health outcomes,” said Giroux.