&nbsp; &ldquo;New Yorkers are smart enough to decide for themselves what to eat and drink. There is no evidence that banning drinks over 16 ounces will have an impact on obesity.&rdquo; &mdash; Eliot Hoff, spokesman, New Yorkers for Beverage Choices

Poor sales and flagging demand seem to be undoing the trend towards low- and no-sodium food products. It’s enough to make dietitians and nutritionists wring their hands.

The first sprinkling that something was up came last year, when Campbell Soup Co. announced it would reintroduce a percentage of sodium to its Select Harvest line of healthy soups. The company blamed lower sales on lower taste, a finding backed by research from Mintel indicating that 46% of U.S. consumers think low- or no-salt versions of their favorite foods just don’t measure up.

“Consumers have been resistant because food just doesn’t really taste as good,” said Kara Nielsen, trendologist at the Center for Culinary Development in San Francisco.

Manufacturers are getting the message and hesitate to promote their sodium reduction efforts. Global product introductions with a low/no/reduced sodium label dropped 5% between 2010 and last year, according to Mintel. 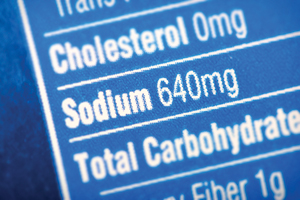 “The anxiety is well-founded, with many products positioned as low sodium forced off the shelves prematurely in recent years due to poor sales,” said Chris Brockman, a Mintel analyst.

Supermarket health experts now face something of a dilemma in deciding how to answer customer inquiries. Despite the changing attitudes, the message is the same, says Nielsen: Eat fewer processed food products — the traditional high-sodium culprit — and more fresh foods prepared at home.

Dietitians can also take heart in knowing that consumers haven’t ignored educational efforts about salt and diet. Mintel’s research found that sodium awareness remains strong. More than half of those polled (54%) said they limit the amount of salt and sodium they consume, and 53% remain concerned about it.

Yet nutritionists can’t ignore the demands of the modern palate in helping shoppers balance their food choices.

“Healthful food still needs to taste good for people to want to buy it and enjoy it,” said Nielsen.

Local foods have helped retailers large and small demonstrate their commitment to the communities they serve. Food co-ops are finding the specialty category is capable of even more: The local phenomenon is actually driving new store growth, as well as funding expansion of existing stores.

The National Cooperative Grocers Association reports that its 128 member co-ops are enjoying about 10% same-store sales growth in 2012, up from 6% the previous year. It’s a number that is expected to get larger as more collectively owned food stores open their doors, said officials.

“This is a pretty unprecedented point in time where we’re getting more and more inquiries from start-ups, from communities that are organizing to start their own co-op,” noted Robynn Shrader, the NCGA’s executive director.

The NCGA finds that more than 100 communities are currently working to open a new food co-op, and 39 new co-ops opened in the past three years. Existing operations are expanding their footprints as well. One co-op in Ames, Iowa, recently increased its selling space from 3,600 square feet to 10,500 square feet.

The business model is part of the appeal, since local ownership fosters interest in local products.

“There’s a relationship and a sense of loyalty that you wouldn’t have with conventional grocery,” said Shrader.

Sales of products certified free of genetically modified ingredients are up 21% over last summer, according to information provider SPINS, citing data from the more than 900 independent and regional chain stores making up the natural food channel.

The growth is shared by related categories: Organic (up 17%), Fair Trade USA-certified (19%) and gluten-free labeled or certified (22%), and is further buoyed by the overall strength of natural food retailers.

The channel has consistently reported double-digit dollar growth rates averaging 15% since the start of the year, noted the firm. Specialty/gourmet products that share a natural label are also enjoying success.

Both the egg industry and animal welfare groups are working behind the scenes to get their grand compromise signed into law by the end of the year. However, it looks like a lame duck Congress, caught up in election-year politics, will be sitting on the Egg Products Inspection Act Amendments of 2012.

“We want a debate on the bill, and a vote on it,” said Chad Gregory, the senior vice president of United Egg Producers, the trade group that joined with the Humane Society of the United States to draft the legislation. “We really think, with the kind of support that we have, it will pass.”

Attached to the larger U.S. Farm Bill, the proposal would nearly double cage sizes for laying hens and make other improvements that benefit their living environments. Additionally, the bill requires standardized egg carton labeling, with terms such as “eggs from caged hens” and “eggs from free-range hens.”

Congressional support for the bill has grown from 90 co-sponsors earlier this year to 142 in August, Gregory said. Support has also come from supermarket retailers, many of whom have been adopting animal welfare measures involving other proteins sold in their stores.

A study by the UEP found that the changes mandated by the bill would only increase retail egg prices by less than 2 cents per dozen.

When Michael Bloomberg was sworn in as New York City mayor in 2002, no one could have known the extent to which he would try to legislate and regulate the city’s health. As he closes out his third and final term in office, it’s all anyone in the food industry can talk about.

“New Yorkers are smart enough to decide for themselves what to eat and drink,” said Eliot Hoff, a spokesman for New Yorkers for Beverage Choices, an opposition group that has been fighting the latest proposal from the city’s “nanny mayor”: A ban on large sodas and other sugary drinks — those over 16 ounces — in restaurants, sports arenas, movie theaters and other venues.

“There is no evidence that banning drinks over 16 ounces will have an impact on obesity,” Hoff continued. 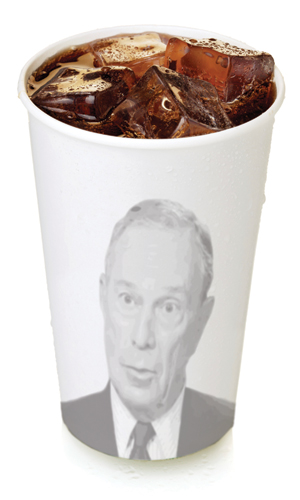 Free enterprise and public policy have locked horns before, but the focus on diet and food has put supermarkets and restaurants squarely in the middle of the debate. Retailers are being recruited for the mayor’s “Shop Healthy” anti-obesity campaign launched earlier this summer. The voluntary program asks supermarkets and bodegas in the Fordham and West Farms neighborhoods in the Bronx to display fresh produce at the front of the store or by the cash register, and substitute water and low-calorie drinks for sugared beverages on eye-level shelves. Participating grocers must carry “city-certified” healthy snacks, and add signage identifying healthy foods.

So far, more than half of the 170 stores in the two neighborhoods — targeted because nearly 70% of the adults are overweight or obese — agreed to participate.

“Obesity is a crisis that this city cannot afford to ignore,” said New York City Health Commissioner Thomas A. Farley, likening the condition to a disease that needs to be eradicated. “If a virus were killing 5,800 New Yorkers in a single year, people would be clamoring for government action to stop it.”

The larger impact of Mayor Bloomberg’s efforts may not be felt for some time, but this month’s vote on the soda ban by the mayor-appointed Board of Health may set the stage for similar actions in other cities, and even whole states. Supporters of the mayor’s agenda recall the loud objections from bar and restaurant owners when Bloomberg banned indoor smoking in 2003. Today the regulation is described as prophetic, having become a near-universal statute throughout the United States.

Things haven't changed much since Adam’s day: Men are less likely to eat fruits and vegetables than women.

Researchers at Kent State University reviewed data from some 3,400 people taking part in a food behavior study and found that “men don’t believe as strongly as women that fruit and vegetable consumption is an important part of maintaining health,” said associate professor and study researcher John A. Updegraff.

What’s more, men stated they feel less confident in their ability to eat healthy foods like fruits and vegetables, “especially when they are at work or in front of the television,” he said.

Education that suggests options was found to be the most effective solution to the problem, while peer pressure had little impact.