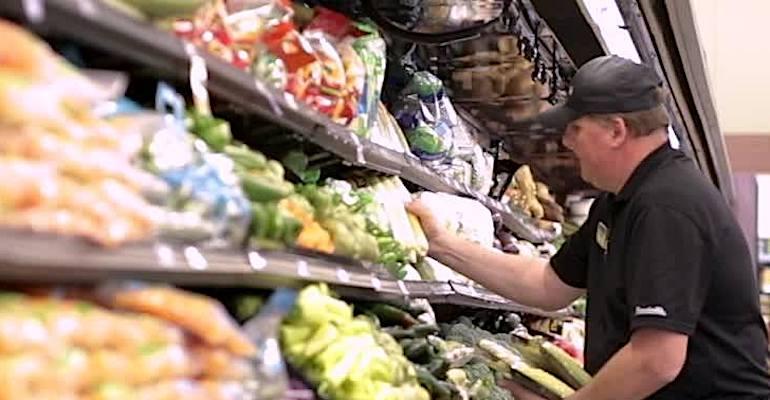 NGA
Independent supermarkets face marked disadvantages in supply and pricing due to unfair practices by big-box and online grocery retailers, NGA said in comments at the FTC meeting.
Issues & Trends

NGA speaks up on anticompetitive practices in FTC meeting

Christopher Jones, senior vice president of government affairs and counsel for NGA, said in comments at the Open Commission Meeting on Thursday that unfair practices by big-box and online grocery retailers create sizable disadvantages for independent supermarkets in supply and pricing. The online event, whose agenda included unfair methods of competition, marked the first of a series of monthly meetings designed to open the FTC’s work to the public.

“Remember how hard it was to buy supplies during the pandemic at your local, independent grocer? It wasn’t an accident. For years, dominant food retailers have rigged the game. They cut sweetheart deals that force independents to pay higher prices. Some put so much pressure on suppliers that they are forced to cut out independents entirely. Sometimes your local store can only get key products from their competitors. How backwards is that?” Jones explained in his remarks.

“At the end of the day, consumers are left with worse, fewer and less healthy choices, especially those in urban and rural communities,” he said. “It’s economic discrimination, it’s illegal and it’s time for the FTC to enforce the Robinson-Patman Act.”

Jones’ comments follow up a mid-March virtual press conference by NGA in which the association called for a crackdown on so-called “power buyers” in grocery retail.

NGA said small food retailers are being squeezed by big players such as Walmart, Amazon, Costco Wholesale, Target and Dollar General, among others, that use their scale to command more favorable supply terms, lower pricing, special product package sizes and first call on high-demand items. The disparity was especially pronounced during the COVID-19 pandemic, as independent grocers’ customers often encountered empty shelves and higher prices for essential products, whereas large competitors were able to procure sought-after items. NGA detailed the issue in a white paper, titled “Buyer Power and Economic Discrimination in the Grocery Aisle: Kitchen Table Issues for American Consumers.”

Current U.S. antitrust laws — including the Sherman Act (outlawing monopolies), Clayton Act (barring anticompetitive business practices) and the Robinson-Patman Act (prohibiting price discrimination by suppliers against retailers) — provide the tools to curb discriminatory practices by dominant retail chains, but antitrust agency and court enforcement has waned, NGA said. As a result, new congressional legislation and agency regulation may be needed to reinforce anticompetitive protections, according to the association.

“Independents compete to offer low prices, higher-quality food, more accessible locations and good jobs. If regulators don’t act and power buyers continue strangle their suppliers, America’s food desert crisis will only worsen,” Jones said in his comments. “But you have a choice: Choose to level the playing field, for the health of our economy and the health of our families.”

Independent supermarkets now represent 33% of overall U.S. grocery sales, with total sales of $253.61 billion in 2020, according to a new industry economic impact study released this month by NGA. As a share of the economy, independent grocers accounted for 1.2% — a total output of over $255 billion — of the 2020 U.S. gross domestic product of $20.93 trillion. The sector encompasses 21,574 stores nationwide and, directly and indirectly, provides 2 million jobs.