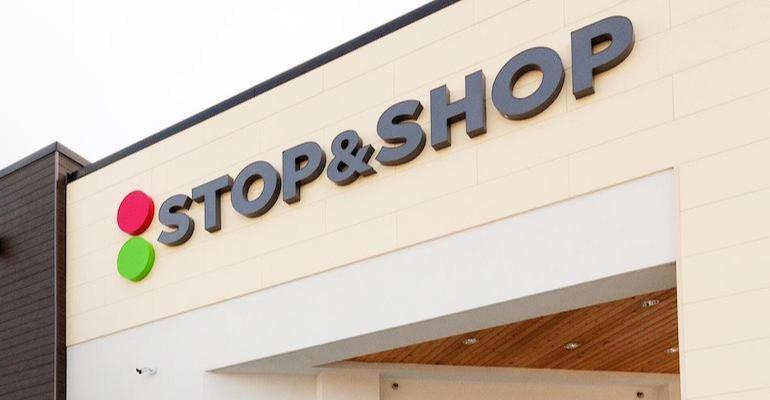 Stop & Shop
Stop & Shop had instituted a 10% temporary wage increase for hourly workers in March and then extended it twice before the program expired July 5.
Issues & Trends

Stop & Shop has agreed to issue retroactive premium pay to 56,000 associates represented by United Food and Commercial Workers International (UFCW) for their extra efforts to maintain stores and serve customers during the coronavirus pandemic.

The Ahold Delhaize USA chain and UFCW said Friday that associates will receive lump sum payments equal to 10% of all hours worked between July 5 and Aug. 22.

Quincy, Mass.-based Stop & Shop had instituted a 10% temporary wage increase for hourly workers on March 20 and then, in late April, extended the period to May 30 and then later on extended it again to July 4 as the COVID-19 crisis continued.

“Today, UFCW and Stop & Shop are proud to announce a tentative agreement has been reached on a new premium that recognizes Stop & Shop workers for their incredible efforts,” they said. “The UFCW wants to acknowledge Stop & Shop for not only recognizing its workers, but for remaining committed to work with UFCW, America’s largest food and retail union, to better the lives of these dedicated workers and their families.”

The retroactive pay excludes paid time off accrued during the July 5 to Aug. 22 period and doesn’t apply to employees represented by UFCW local unions now engaged in contract negotiations with Stop & Shop, UFCW and Stop & Shop said. They noted that the lump sump payments are in addition to the pay hikes between March and July as well as two extra weeks of paid leave provided earlier this year for workers who become ill.

Stop & Shop also has agreed, starting next year, to observe a moment of silence on Labor Day and Workers Memorial Day to recognize frontline workers lost to COVID-19 and the support that union membership provides to its associates.

“Since the COVID-19 pandemic began in the U.S. in March, UFCW members and Stop & Shop workers have gone above and beyond to ensure that our stores have remained open to serve our communities’ essential needs,” Reid and Perrone stated. “These workers have risen to the challenge, and Stop & Shop deeply appreciates everything they have done in difficult circumstances — at work and at home — as they care for their neighbors and their families during a national crisis.”

Unionized worker recently had criticized Stop & Shop for letting the premium pay lapse. In mid-July, 14 UFCW locals said they were filing charges with the National Labor Relations Board in connection with Stop & Shop’s phaseout of COVID-19 “appreciation pay” for frontline grocery store workers. At the time, the union locals in New York, New Jersey and New England — representing 70,000 Stop & Shop supermarket workers — said the retailer stopped paying the bonus even as its members still faced the threat of catching the virus.

Stop & Shop in late April had joined UFCW International’s effort to get federal and state governments to classify grocery workers as emergency first responders during the pandemic.

“Today’s agreement is a further testament that, by negotiating in good faith, Stop & Shop and UFCW have been able to achieve a real victory that is shared by the company, its customers, these communities and the grocery workers who continue to serve,” Reid and Perrone added.