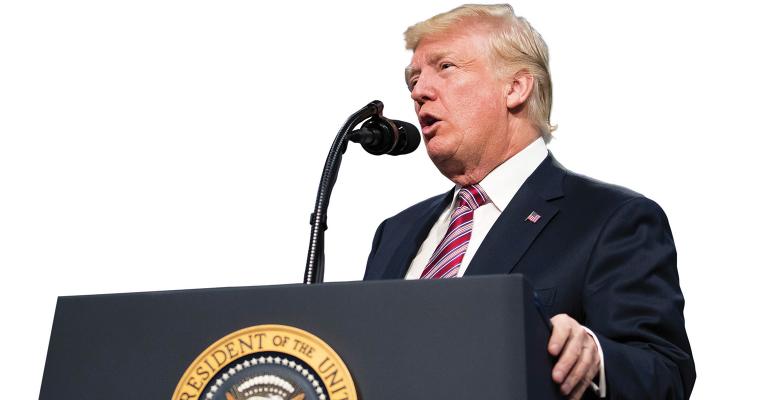 Congress appears to be wrapping up a generous present for the supermarket industry this holiday season in what retail groups described as a “once in a generation” tax reform package.

It remains to be seen if the tax reform proposals eventually include a repeal of the estate tax — the tax on large inheritances that has long been opposed by many retailers — but retailers are still anticipating other business-friendly benefits.

“FMI firmly believes that broad-based tax reform that lowers effective rates, simplifies the tax code and creates a level playing field for all industries will unleash innovation and help the industry create good-paying jobs for its associates and an enhanced shopping experience for its customers,” she said.

Many FMI members currently report paying an effective federal tax rate of 32% or more, she said.

A bill proposed by the House would repeal the estate tax entirely, while the Senate’s version would retain the tax but would double the total that is exempt from taxation to $11 million.

Both the House and Senate bills seek to lower the corporate tax rate to 20% from 35%. They also offer other deductions that would benefit small businesses.

Independent supermarkets have some specific concerns about tax reform.

The National Grocers Association (NGA) listed several features of tax reform it would like to see in the final version of the legislation, including lowering the tax rate for all businesses; creating parity among pass-through entities and C-corporations; maintaining a deduction for interest expense; preserving last-in, first-out (LIFO) accounting for inventory; and elimination of the estate tax.

About half of NGA’s member companies, including many of the family-owned operators, are taxed as pass-through entities.

“Tax reform that fails to achieve rate parity puts these Main Street businesses at a competitive disadvantage and ultimately hurts their ability to grow and create jobs,” NGA said.

The tax reform proposals still face significant resistance among Democrats and some Republicans, but legislators have said they would like to have it signed by President Trump, a vocal supporter of tax cuts for business, by Dec. 31.