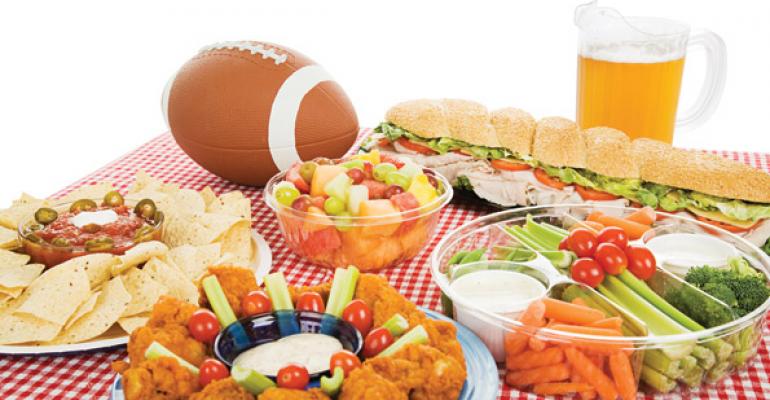 NEW YORK — For the Super Bowl this year, retailers are offering shoppers fresh game-day favorites with a focus on convenience. Middletown, N.J.–based Food Circus Super Markets’ signature fried chicken with house-made breading and chicken wings — buffalo, barbecue and bone-less — are big sellers during the football season, and with the New York Giants in the Super Bowl, the retailer is preparing to sell even more than during the rest of the season.

“We just sell just pounds and pounds of that on a day like that, so we’re more or less staffed and ready for it,” said Food Circus Fresh Foods Director James Conroy, in an interview two weeks before the game. “And we do everything fresh, so it’s not ... prepared out of a freezer like a lot of places do it. We make it very fresh every day.”

Food Circus had already had already received a good amount of catering orders, but, Conroy said, “we are very, very ready for the last-minute walk-and-grab. That’s a big chunk of our business.”

To accommodate walk-in shoppers and bring the supplies to one place, Food Circus turns its salad bar into a one-stop game center. Conroy said the center has packaged items from the deli, kitchen and produce departments, including trays of chicken wings, fried chicken, fresh subs, fruit and vegetable trays, crudité and a popular finger sandwich platter. Food Circus pairs these items with chips, soda and house-made guacamole, salsa and bruschetta. 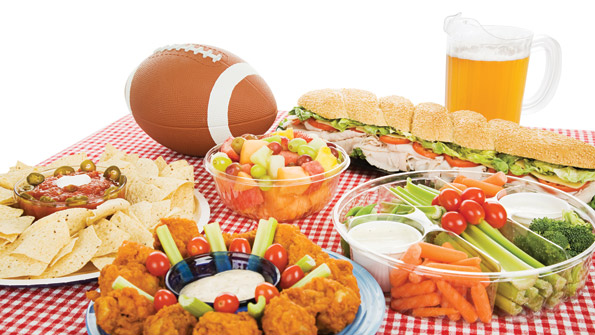 Deals on platters, hot wings and party subs are still a big draw for the big game.

This year, Conroy is focusing on offering 1- or 2-pound trays after having big trays left over in the past. The smaller packs have the benefit of controlling waste, Conroy said, and customers tend to grab a couple of the smaller packs, which sold well during the playoff games.

“We had experimented with bigger packs last year and it worked pretty successfully, it worked pretty well,” Conroy told SN. “But more and more I’m seeing in the kitchen that people are going for … a little bit smaller packs.”

House-made wings are also a big seller for Schenectady, N.Y.-based Price Chopper Supermarkets, which, with stores in six states including New York and Massachusetts, has the good fortune of having customers who are fans of each of the teams heading to the Super Bowl this year.

“There’s nothing better than when those two teams are playing,” John Mazzacco, manager of food service at Price Chopper told SN in an interview before the AFC and NFC Championship games had determined that the New England Patriots and the Giants were going to compete.

“I have enough product to handle that, but we would have to alter our distributions if those two teams make it.”

While Price Chopper was still determining prices for its Super Bowl offerings at time of publication, during the season the retailer offered a Sunday game bundle that consisted of a two single-topping pizzas and 4 pounds of wings for $30. [See “Bundled Up” for more.]

“So we fry our wings and we’re making everything, [including] our pizza, from scratch so it’s a pretty good deal,” Mazzacco said, adding that Price Chopper has won two different restaurant competitions with its custom wing sauce.

For the day before and the day of the Super Bowl, Mazzacco said Price Chopper will also setting a buffet table up with four wells of wings in it, and a promotional pizza cabinet near the front door where staff can put bundles together for customers as they arrive and customers can order the pizzas they’d like.

Many retailers have focused on customer convenience and easy ordering for customer gatherings during the playoffs and Super Bowl.

ShopRite spokesperson Santina Stankevich said that party platters, appetizers, subs, hot food trays and cakes can all be ordered online. “You can do it right on shoprite.com — you can do it on the homepage actually,” she told SN.