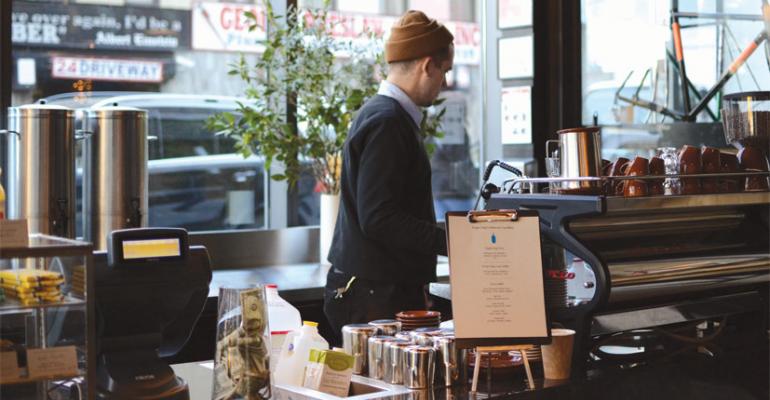 To spice up foodservice in 2014, supermarkets will take inspiration from pop-up restaurants and food halls like Eataly, according to Brian Darr, managing director of Datassential.

Similar to pop-up restaurants, retailers can create pop-up shops inside their stores. In the past year, a Whole Foods Market in New York has hosted a rotating roster of local vendors from Brooklyn’s Smorgasburg food market.

“It’s an easy way to do — especially like with Smorgasburg — local, artisan products that may be available in small quantities. And that allows them to kind of rotate the stock as well,” said Darr.

Pop-ups are part of a larger trend of “mini shops” within supermarkets that allow stores to add a new foodservice element.

Mariano’s locations in the Chicago area have a small section at the front of the store that sells coffee and baked goods in the morning and gelato in the evening. In some cases, customers don’t even have to enter the store.

“We’re seeing that that seems to be one way for the stores to capture some of that breakfast business, for example, so that it’s not difficult for somebody to walk through the store, walk to the back of the store, things like that. They’re making it easier to grab and go,” said Darr.

When looking at food halls like Eataly or the Ferry Building in San Francisco, retailers might take notice of some of the local products that they can then offer in their own stores, Darr said.

“And so it can provide some real opportunities and some ideas for supermarkets on things that can be offered within their prepared foods area to really either introduce some new, interesting items or kind of bring some excitement if their menu is a little tired,” said Darr.