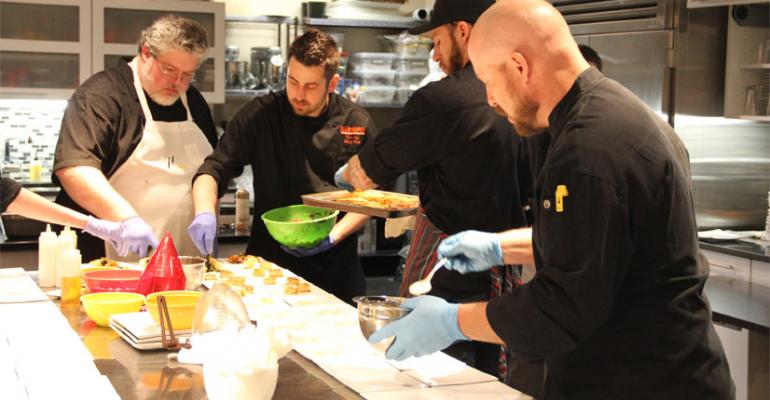 Three customers each prepared a course for 50 people in the finale of Harmons’ Sliced home cook competition, which took place at a store in Salt Lake City on May 10.

The three finalists previously had triumphed in preliminary rounds in three categories: appetizer, entrée and dessert. In those rounds, Harmons took a cue from popular cooking competition shows by giving contestants a mystery box of ingredients and two and a half hours to put together a dish. Contestants could also use staples from the kitchen.

Johnson won $1,000 in cash and an appearance on a local television station. The three winners from the preliminary rounds received a $250 Harmons gift card. All 15 contestants got a Harmons gift basket.