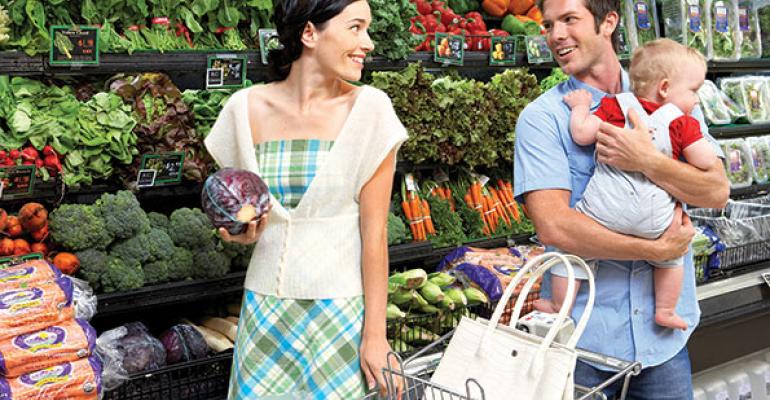 The New Consumer: Millennials are just like you and me, only younger

This is the first in a series of IdeaXchanges and other SN articles describing the Millennial Revolution&#39;s impact on the food distribution industry.&nbsp; Neil Stern, a senior partner at McMillanDoolittle, will be a featured&nbsp;speaker&nbsp;at&nbsp;SN&#39;s The New Consumer event, scheduled for Sept. 14-15 in Indianapolis.&nbsp;

Much has already been written about the Millennial generation. And for good reason. Spanning the ages between about 21 and 39, they represent a powerful constituency of U.S. consumers, with about 22% of the total population and $1.7 trillion in spending power. And, they will only become more important in the future as their buying power increases. It is critical that they are understood and marketed to for any company that wants to be relevant now, and into the future.

But, very importantly, they are not aliens who have dropped in from another planet.  They are a consumer group like any other, which means they are diverse, complex and resistant to any stereotypes we throw on them. Let’s consider some of the similarities and differences of this group of consumers:

• They span a broad age range. The difference between a 21-year-old Millennial just graduating college versus a Millennial in her mid-30s with children is significant and profound. We prefer to think of life-stages being the critical differentiator rather than just age. Yes, they are deferring some of these key life stage decisions (getting married, having children, etc.) to later in life but they still pass through the same life stages as every other consumer group.

• They are ethnically diverse. 42% are from ethnic populations (Black, Asian or Hispanic) and fully 38% are bilingual. Clearly, this creates the need to be communicated to in different ways and will also profoundly shape their tastes and preferences. They are truly diverse.

• They are digital natives. They have grown up with technology and are far more likely to adopt new behaviors faster than older consumer groups. This includes using social media and peer reviews to form opinions, shop online or shop from a mobile device and incorporate new digital tools (price comparisons, sourcing recipes, digital ads, etc.) into their shopping routines. Nearly 70% of Millennials won’t make a major decision without running it by their network first, and prefer brands with a well-developed social and mobile media presence.

• They are drivers of the shared economy. They have different motivations than older groups and are less driven by ownership. Access is key to them. Hence, the meteoric growth of an Uber (who needs a car?), AirBnB, Netflix, Spotify or Instacart. “25 years from now, car sharing will be the norm, and car ownership an anomaly.” — Jeremy Rifkin, Author and Economist

• They founded crowdfunding. Their enthusiasm for technology has transformed the traditional marketplace. The world’s largest crowdfunding platform, Kickstarter, has facilitated more than $2 billion in project pledges since 2009. Today’s entrepreneurs and activists are raising capital and awareness by leveraging social networks rather than relying on traditional sources.

• They spend more on food away from home. They are more likely to eat out than eat at home (43% of every dollar that Millennials spend on food is spent outside the home — MarketWatch). And when they eat out, they are driving the growth of fast casual restaurants and more diverse cuisines.

• They care about provenance, authenticity, sustainability and local. They want more transparency from those with whom they do business. This is driving the meteoric rise of “craft” and “artisanal” products that stress ingredient purity, uniqueness and a message. Beer, chocolate, coffee, teas, etc., are now being elevated to new levels with a focus on the story behind the products. Millennials are also dedicated to wellness, devoting time and money to exercising and eating right. Their active lifestyle influences trends in everything from food & drink to fashion.

• They crave variety and adventuresome foods. Perhaps driven by their ethnic diversity or more likely, their instant access to information, diversity in tastes and cuisines are culinary drivers.

If you find yourself nodding along to many of these trends, you will also recognize that many, if not all, of their behaviors are also being adopted by other generational groups as well. And yes, Millennials are also subject to the same concerns of every other generation: They must raise families, get by on limited budgets and struggle to find jobs, balance in their lives, etc.  It should be no surprise that Millennials count Walmart and Target among their favorite brands along with perhaps more predictable ones like Apple and Nike.

The biggest difference I see, and the biggest threat, is that, unlike in previous generations, having their above needs met at a supermarket is not a given. A diverse range of formats have emerged that are also trying to cater to this consumer and they can also freely choose among digital and brick and mortar alternatives.  They will shop a diverse variety of stores or websites to meet their needs. Supermarkets can’t assume that their patronage is a given as they move into family formation age. And, in the same token, they also represent the next generation of employees who identify strongly with the values of a company as much as what they’re getting paid.

Millennials are just like you and me, only younger. They are smart, savvy consumers who aren’t afraid to let their wallets speak.