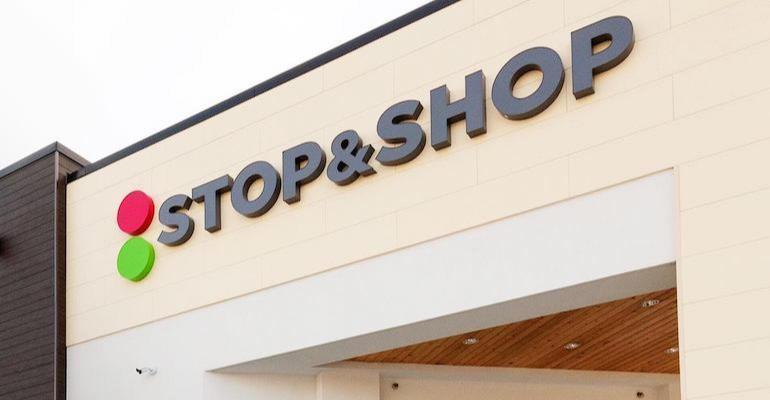 Stop & Shop
Nassau County (N.Y.) Police said the three shooting victims, one of whom died, were employees of the West Hempstead Stop & Shop store and that the investigation is continuing.
News

One killed, two wounded in shooting at Stop & Shop on Long Island

* Editor’s Note: This story has been updated since the arrest of the shooting suspect.

Stop & Shop has temporarily shut its store in West Hempstead, N.Y., following a shooting this morning that left one employee dead and two wounded.

Police for Long Island’s Nassau County confirmed the shooting in a tweet and said later Tuesday afternoon that the suspect — identified earlier as Gabriel DeWitt Wilson, 31, of Long Beach and/or West Hempstead — has been apprehended after a nearly four-hour search. Authorities said he had fled the scene, and witnesses described him as carrying a small handgun, according to published reports.

In a media advisory at the scene, Nassau Police Commissioner Patrick Ryder told press that a 49-year-old employee was killed in the shooting and the two wounded employees were speaking to police. Their identities weren’t disclosed, but the man killed was believed to be one of the store managers. Ryder said Wilson was a former or current employee of Stop & Shop, Newsday reported. The police investigation is continuing.

Schools in the area were locked down after the shooting was reported Tuesday at 11:19 a.m. According to CNN, Ryder said a couple hundred shoppers were in the West Hempstead Stop & Shop at the time of the shooting, which occurred in the manager’s office on the supermarket’s upper level.

Police on Wednesday confirmed that Wilson was an employee of the Stop & Shop store and identified man fatally shot as Ray Wishropp, a manager at the Stop & Shop store, according to Newsday. The other two gunshot victims weren't named but included a 50-year-old man and a 26-year-old woman, both from Long Island communities. At his arraignment, Wilson was charged with one count of murder and four counts of attempted murder.

“We are shocked and heartbroken by this act of violence that occurred at our store located at 50 Cherry Valley Rd. in West Hempstead, N.Y., today. Our hearts go out to the families of the victims, our associates, customers and the first responders who have responded heroically to this tragic situation,” Stop & Shop President Gordon Reid said in a statement on Tuesday.

“At this time, we are cooperating fully with local law enforcement on the investigation,” he said. “The store will remain closed until further notice, and we appreciate the Long Island community's support during this difficult time.”

Quincy, Mass.-based Stop & Stop, part of Ahold Delhaize USA, operates more than 50 stores on Long Island, where the chain is by far the grocery retail market leader, with an approximately 25% share, despite terminating a planned acquisition of King Kullen last June.

John Durso, president of Local 338 of the Retail, Wholesale and Department Store Union/United Food and Commercial Workers, which represents many of the West Hempstead Stop & Shop’s associates, said union officials are on site to provide member support, including access to counseling.

“We are devastated by the tragic shooting at the Stop & Shop in West Hempstead. Our thoughts are with the victims, their loved ones, and all those, including workers and customers, who witnessed today’s horrifying events,” Durso said in a statement Tuesday afternoon.

“The working people at Stop & Shop are essential workers and ensured that all of our communities, including West Hempstead, had what they needed to navigate the pandemic. The last year has been one full of resiliency, but also one of great worry," he added. "These workers have been through a tremendous amount and should never have to fear for their safety. We as a society must recognize that gun violence is a workplace safety issue and that, as part of this healing, we must make changes to ensure that this doesn’t happen again.”

The shooting at the Stop & Shop store comes nearly a month after a fatal mass shooting at a Kroger Co. King Soopers supermarket in Boulder, Colo. In the March 22 incident, a lone gunman killed 10 people, including a police officer, three King Soopers employees and an Instacart personal shopper. The shooter, 21-year-old Ahmad Al Aliwi Alissa from Arvada, Colo., was arrested after being wounded in an exchange of gunfire with police.

“As the union for the brave New York grocery workers caught in the crossfire of this horrific shooting, UFCW is heartbroken and our prayers are with our members, their families, and the loved ones of all the victims. America’s grocery workers have been bravely putting their health at risk on the front lines of COVID-19 every day to keep our families fed. This latest mass shooting is a tragic reminder that the pandemic is not the only threat these workers face," UFCW International President Marc Perrone said in a statement. “While we have rightfully focused on doing more to protect essential workers from the risks of the pandemic, more must be done by our corporate and elected leaders to address the epidemic of gun violence that threatens workers' lives and continues to infect more and more workplaces."