A large banner makes it clear that the retailer supports local produce.

An apple a day 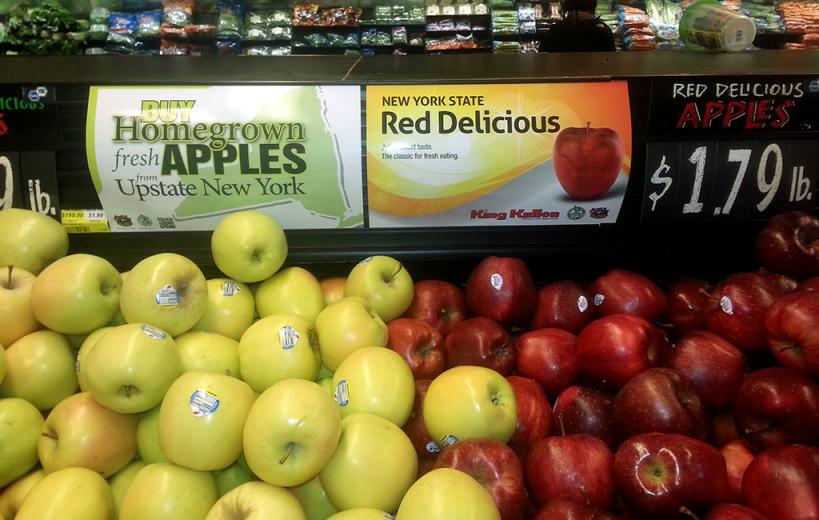