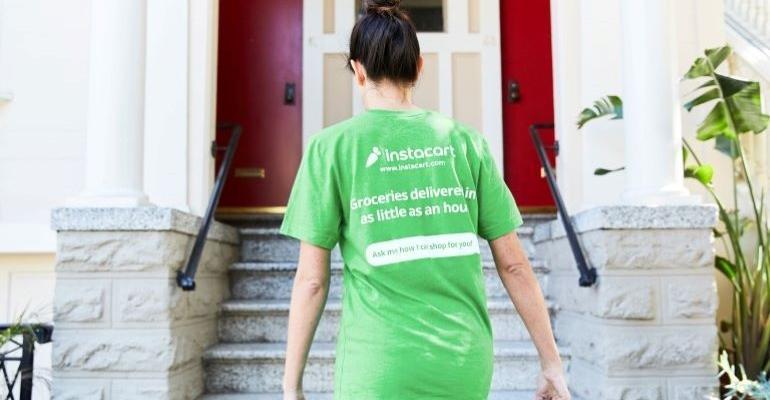 Grocery e-commerce giant to expand retail partner base, build out menu of services and tools

Instacart has landed $200 million as part of a new funding round led by current investors Valiant Peregrine Fund and D1 Capital Partners.

San Francisco-based Instacart said Thursday that the new investment lifted the company’s valuation to $17.7 billion. The online grocery specialist noted that the latest financing reflects ongoing strong demand for its pickup and delivery services as well as the expansion of its marketplace and base of retail partners.

Related: Instacart, Shipt team up with Bed Bath & Beyond for same-day delivery

Plans call for Instacart to funnel the new capital toward Instacart Ads to help connect CPG brands to customers shopping online from local retailers, Instacart Enterprise to support retailers’ end-to-end e-commerce needs, and product development to enhance the customer experience with new features and tools, among other uses.

“Today’s investment is a testament to the strong conviction our existing investors have in the strength of our teams and the important role Instacart plays for customers, partners and the entire grocery ecosystem,” Instacart founder and CEO Apoorva Mehta (below) said in a statement. 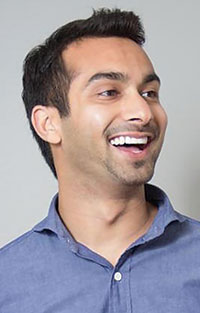 “I’m incredibly proud of our team’s work to scale our business this past year and rise to meet the unprecedented consumer demand and growth. Their tireless efforts have allowed us to expand our marketplace to more than 500 retailers, deliver from nearly 40,000 store locations across North America, and move grocery delivery into the mainstream as millions of people across North America now rely on Instacart. While we’re proud of these milestones, we believe we have a lot more work to do to deliver for all the communities we serve.”

Most recently, in June, Instacart had announced $225 million in funding — led by DST Global and General Catalyst, with D1 Capital also participating — as part of a Series G financing round that hoisted the company’s valuation to $13.8 billion. That followed a Series F funding round in October/November 2018 that boosted Instacart’s valuation to $7.87 billion.

“We’ve been highly impressed by the way Apoorva and the Instacart team have navigated the company through an operating environment unlike any we’ve ever seen,” commented Danny Karubian, partner at the Valiant Peregrine Fund. “We are excited to increase our investment in Instacart as the company further establishes itself as a leader in the massive North American online grocery space.”

“Our conviction in the strength of Instacart’s management team and business model continues to grow as we’ve watched the company lead this important industry during a period of unprecedented growth,” stated Dan Sundheim, founder of D1 Capital Partners. “The opportunity for Instacart is significant, and we’re proud to once again increase our investment in the business.”

Currently, Instacart offers its online marketplace, delivery and pickup services in more than 5,500 cities across North America, reaching over 85% of U.S. households and more than 70% of Canadian households. Since March, the company has launched or expanded with roughly 150 retailers and introduced delivery at more than 8,000 stores and pickup at over 1,500 stores.