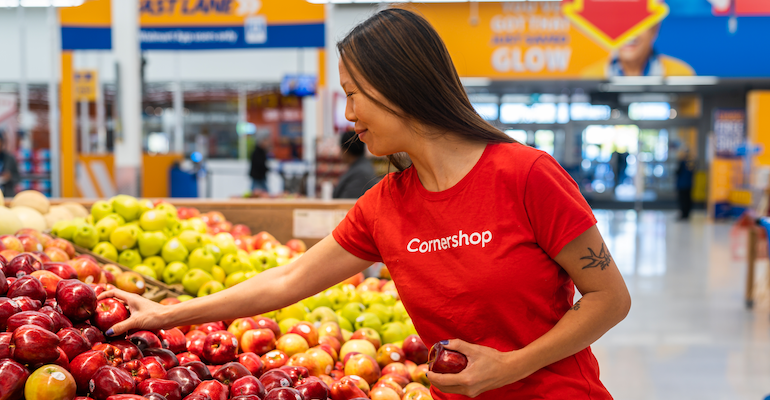 Cornershop
Customers in selected cities can now order groceries through the Uber and Uber Eats apps and have them delivered by Cornershop personal shoppers.
News>Online Retail

San Francisco-based Uber said Tuesday that consumers in those cities can now order groceries through the Uber and Uber Eats mobile apps and have them delivered by Cornershop personal shoppers. Users will be able to track their grocery delivery at each step of the process, just as when ordering a ride through Uber or a meal via Uber Eats.

Plans call for the Uber-Cornershop grocery delivery service to debut later this month in selected U.S. markets, according to Uber.

Uber announced its acquisition of a majority stake in Santiago, Chile-based Cornershop in October. Financial terms weren’t disclosed. The transaction is slated to be finalized “in the coming days,” Uber said. The companies noted that the service launch represents their first integrated grocery delivery experience.

“Today’s product integration marks an important step in our partnership with the team at Cornershop to bring grocery delivery to millions of consumers on the Uber platform,” Raj Beri, global head of grocery at Uber, said in a statement. “Uber started on the premise that people should be able to more easily get to the places they need to go and to people they care about. This has since evolved to connecting people to food from their favorite local restaurants, and we are thrilled to bring our product expertise to the world of grocery alongside the Cornershop team.” 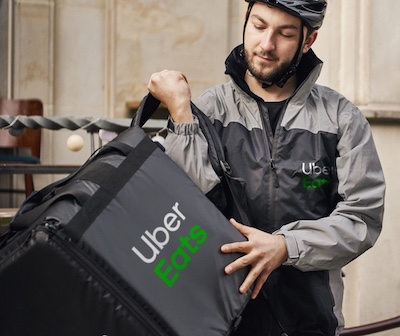 Uber Eats conducted pilots of grocery delivery internationally before the launch of the service with Cornershop. (Photo courtesy of Uber)

Uber said the debut of the Uber-Cornershop service follows grocery delivery experiments with more than 9,500 merchants in over 30 countries on Uber Eats, which has seen a 176% increase in grocery orders since February. After the Cornershop integration in select cities in Brazil, Chile, Colombia, Peru and Canada, Uber plans to roll out service improvements to grocery shoppers and merchants globally throughout the summer and thereafter.

Cornershop’s service already was available in Mexico, Peru, Colombia and Brazil and Canada (including Toronto). Uber and Cornershop are still working to attain regulatory approval for their integrated service from Mexico’s Federal Economic Competition Commission (COFECE).

In May, Cornershop made its U.S. debut with the launch of grocery delivery service in Florida’s Miami-Dade County and Dallas, including the Texas metropolis’ northern suburbs. The company said its marketplace includes large supermarket chains and local food retailers, and customers can choose from scheduled and on-demand delivery options, including contactless delivery. Users also can subscribe to Cornershop POP, a membership option that offers free delivery on orders over $30, along with other discounts and benefits.

“We launched Cornershop almost exactly five years ago today, and it’s hard to imagine a better way to celebrate our anniversary than joining forces with the best on-demand platform around. We couldn’t be more excited to work with Uber to take our mission to millions,” stated Oskar Hjertonsson, founder and CEO of Cornershop. “Uber is the perfect partner to bring on-demand groceries from incredible merchant partners at the touch of a button across the Americas.”

In September 2018, Walmart unveiled a $225 million deal to purchase Cornershop as part of efforts to extend its global omnichannel reach. But the transaction was rejected in June 2019 by Mexico’s COFECE, which cited competitive concerns.

Uber said the all-stock transaction, expected to close in first-quarter 2021, is “highly complementary” to Uber Eats and will significantly expand its service base of restaurants and other merchants, as well as further the company’s efforts in the delivery of groceries, essentials and other goods. Overall, Uber Eats provides on-demand delivery to more than 400,000 restaurants and merchants in over 6,000 cities across six continents.