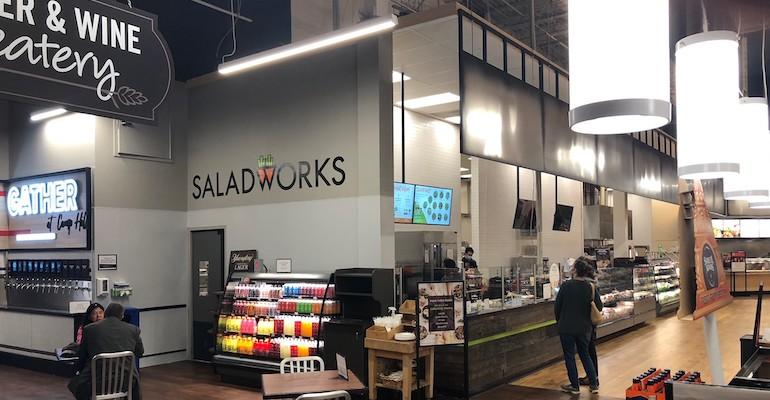 The fast-casual restaurant chain said this week that the new Saladworks serves customizable salads, signature salads, wraps, grain bowls, soup and a selection of grab-and-go items in the Giant store at 3310 Trindle Rd. in Camp Hill, Pa. Customers can choose from 60 ingredients for made-to-order salads.

Giant shoppers can order online through the Saladworks website or by calling ahead for pickup, as well as have their orders delivered via DoorDash, GrubHub and Uber Eats. Saladworks also offers catering services through the Giant location, with offerings ranging from its King Salads and Entertaining Trays to sandwiches and Pinwheel/Signature Wrap Parties. 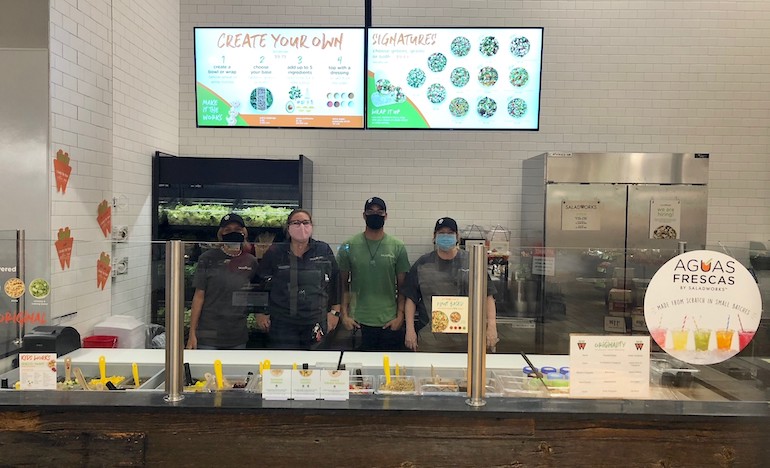 Inside the Giant store, the Saladworks counter is situated near the Beer & Wine Eatery in the food court area, which also includes a Starbucks and Panda Express.

“With COVID-19 bringing safety challenges to self-serve food bars in grocery stores everywhere, guests can feel safe with Saladworks, since the salad bars are situated in a separate space here only staff has access,” Eric Lavinder, vice president of development for Saladworks, said in a statement. “Guests can get the same great experience and variety at a grocery location as they can a traditional restaurant.”

According to Lavinder, Saladworks plans to open several more locations in Giant supermarkets in Pennsylvania next year. The Giant Company, whose headquarters is in Carlisle, Pa., is part of Ahold Delhaize USA, which operates nearly 2,000 supermarkets along the East Coast, including the Stop & Shop, Giant Food, Giant/Martin’s, Food Lion and Hannaford banners.

The Giant location marks Saladworks’ seventh restaurant inside a supermarket. Saladworks opened its first-ever supermarket location in February 2018 inside a ShopRite on Philadelphia’s Island Avenue. The strong customer response led Saladworks to open restaurants in the Parkside Town Center ShopRite in Philadelphia in 2019, followed by locations earlier this year in The Fresh Grocer store in Wyncote, Pa., two more ShopRite stores in Philadelphia and a ShopRite store in Staten Island, N.Y. Both grocery banners are part of the Wakefern Food Corp. supermarket cooperative.

Saladsworks plans more grocery store locations in the Philadelphia area and Staten Island with ShopRite and The Fresh Grocer, Lavinder reported. Seven more new locations also are in the works with another supermarket chain, which he declined to name.

In total, 10 new Saladworks outlets are slated to open in grocery stores through the 2021 first quarter. Overall, West Conshohocken, Pa.-based Saladworks has more than 100 locations across 18 states and two countries.