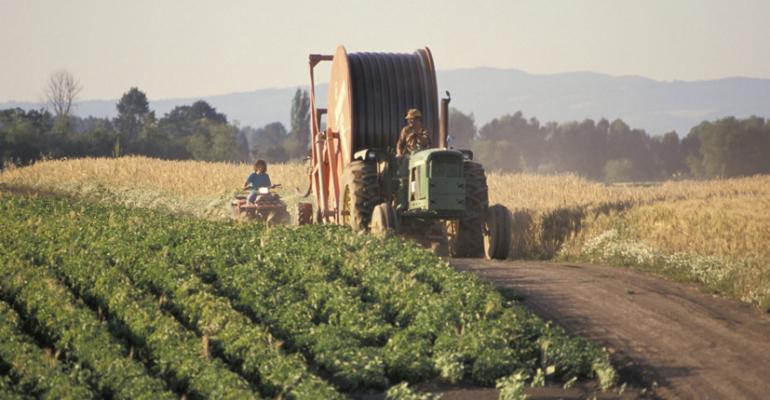 Currently, agriculture and nutrition assistance programs are operating on an extension of the 2008 Farm Bill pushed through as part of the “fiscal cliff” negotiations in January. The extension expires Sept. 30.

Under the Senate plan, Supplemental Nutrition Assistance Program benefits, known as food stamps, are slated for $4.1 billion in cuts over 10 years. On the chopping block is funding that allows states to coordinate the Low-Income Home Energy Assistance Program and SNAP benefits, which advocacy groups say would cause hundreds of thousands of households to lose $90 in SNAP benefits a month.

The Food Marketing Institute expressed approval of the Senate’s actions on SNAP.

“We are pleased that in this effort to maximize government resources, the Senate did not change course and revert back to a patchwork quilt system for SNAP,” Jennifer Hatcher, senior vice president of Government Relations and Public Affairs, told SN. “FMI and our members worked hard to pass the EBT Interoperability and Portability bill into law in 2000 and we will continue to work hard to preserve the national system that we worked so hard to achieve that provides efficiency and reduces potential for fraud.”

Key changes to agricultural programs outlined in the Senate bill include the elimination of direct payments for commodity crops in favor of taxpayer subsidized insurance programs. The bill also bars farmers with an adjusted gross income exceeding $750,000 from receiving funds from Title I Farm Bill programs, and caps payments at $50,000.

“Passage of this legislation by the Senate is a promising development and an important one for rural communities and families. It provides a strong safety net for agriculture, while making needed reforms by eliminating the direct payment system and tightening payment and eligibility requirements,” U.S. Department of Agriculture Secretary Tom Vilsack said in a statement.

Reforms to dairy programs were supported by the National Milk Producers Federation, a dairy lobbying group, but opposed by other industry groups.

Much like with commodity crops, the Senate bill replaces direct payments with insurance for dairy farmers. However, it also creates a program that would restrict milk production if prices fell below a certain level.

The National Council of Chain Restaurants claims this measure will limit the supply of milk and increase dairy prices by 10%.

“The last thing small business men and women in the restaurant business need is another flawed government policy that raises the cost of food for you and your customers,” NCCR said in a statement. The group has urged its members to support an amendment in the House version of the Farm Bill that would eliminate this program.

“The bill supports fruits and vegetables in ways that will boost consumption and help provide healthful options to Americans — through block grants, nutrition programs and pest and disease research. We’re looking forward to working with the House to preserve funding for these critical fruit and vegetable programs,” Tom Stenzel, United Fresh CEO, said in a statement.

The House is expected to begin debate of its Farm Bill this month.