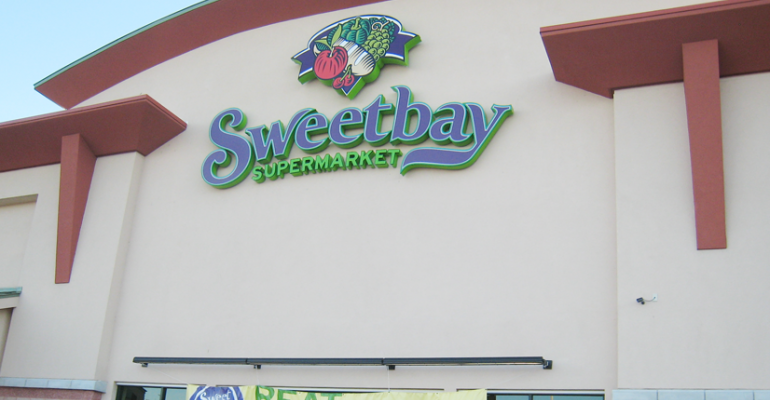 &quot;What we are announcing today is a first step to stop the bleeding at loss-making operation, and definitely over time a more structural solution for the rest of Sweetbay would be a logical step.&quot; &mdash; Pierre Bouchut, CFO, Delhaize Group

The Sweetbay stores, which were all money-losers, will close by mid-February, officials said. The executive changes represent a 25% reduction in the number of company officers and continue a rapid turnover in personnel begun in October when Roland Smith took over as chief executive officer of Delhaize America. Smith in December installed new presidents for its Food Lion and Hannaford Bros. divisions. Sweetbay, which operates entirely in Florida, is managed by Hannaford.

“Developing the new officer structure required a great number of difficult decisions that led to the departure of many longtime, well-respected leaders,” Smith said in the memo.

The new leadership structure consists of 50 officers, nearly a 25% reduction, Smith said. Around 80% of the leadership positions are based in Salisbury, where Smith moved his base after taking over from Ron Hodge, who was based at Hannaford’s headquarters in Scarborough, Maine.

Delhaize created the Sweetbay brand in 2004 as a new identity for its faltering Kash n’ Karry chain, styling it in many ways as a Florida-based incarnation of its successful Hannaford brand in New England. But many of its stores were not profitable, Pierre Bouchut, Delhaize Group’s chief financial officer, acknowledged last week. The closures, he added, were a “first step” toward a longer-term repositioning.

“We decided to close the loss-making stores, and we believe that this is a sensible decision,” Bouchut said. “Regarding the strategy on the remaining stores and how it fits within Delhaize, we thought strategically about this. And what we are announcing today is a first step to stop the bleeding at loss-making operation, and definitely over time a more structural solution for the rest of Sweetbay would be a logical step.

“But Sweetbay is already cash positive, excluding the losses of those loss-making stores, and all things being equal, Sweetbay would be profitable in 2013,” he added. “But naturally, as you know, it needs to close a significant gap to get to the level of the other operations in America.”

Delhaize said it would take a charge of around $520 million (U.S.) to earnings, most in the fourth quarter, to cover store closure costs as well as impairment charges at its Maxi banner in Europe. The elimination of the money-losing stores is expected to provide a $40 million benefit to underlying profits annually, officials said.

Food Lion stores set to close in mid-February include four in Virginia, two in South Carolina and one in North Carolina. The three Bottom Dollar closures are in the Philadelphia market.

Although the company said it would release sales figures and financial results for the quarter and fiscal year in March, it said underlying profits for the year would be down by 17.5% — about what was expected. Fourth-quarter sales improved by 0.3%, helped in part by improving results at 700 Food Lion stores that have completed price and service investments under its ongoing rebranding program.

Transactions (up by 3.5%) and items per trip (1% growth) at rebranded Food Lion stores improved sequentially from the third quarter and are outperforming the 424 stores yet to have received such changes by 5.7%. Bouchut said sales were especially good in two test markets where Food Lion stores have lowered dairy and frozen prices most aggressively. Those categories combine for around 20% of Food Lion’s overall sales.