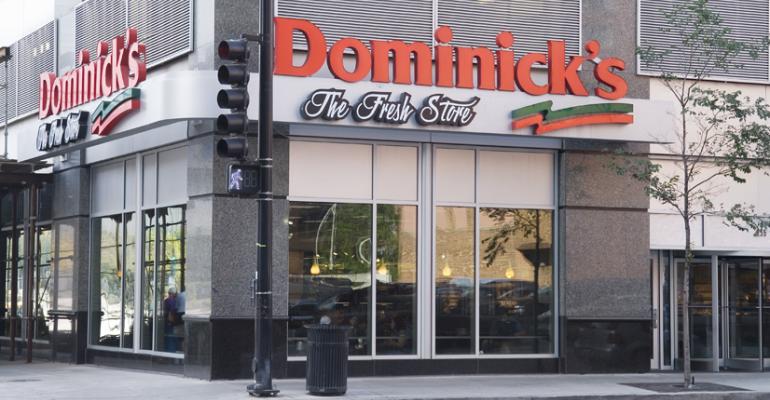 PLEASANTON, Calif. — Safeway here said several parties have expressed interest in its Dominick’s stores as the company seeks to exit the Chicago market by early next year.

Speaking with analysts, Robert Edwards, president and chief executive officer, said the decision to dispose of the 72 Dominick’s locations was made only recently, "but we have begun the process of marketing assets and have received significant interest, so we're continuing to work on that in earnest with a number of parties, and we're pleased with what we're seeing.  We hope to sell as many of the stores as quickly as we can."

He said the decision to exit Chicago came "after we looked at our sales, losses, market share and the resources we were allocating to support the business there and realized we were just not able to make as much progress as we would have liked, and we decided that reallocating our assets would provide better value to shareholders. "The disposition of assets in the Chicago market will eliminate a noticeable drag on our financial results and a significant gain on our resources."

In prepared remarks, Edwards said, "The decision to sell Canada Safeway and to exit the Chicago market is consistent with Safeway's priority of maximizing shareholder value. These actions will allow us to focus on improving and strengthening our core grocery business. We are continuing to review all of our businesses to optimize our allocation of resources, improve sales and grow operating profits."

Asked by an analyst to define what Safeway regarded as core markets, Edwards demurred.

"In deciding to exit Chicago, we took action in our lowest-performing division, but past that, I'm not willing to offer any detail," he said. "Everything we do is designed to maximize shareholder value, and the sale of Canada, the partial IPO of Blackhawk and now the decision to leave Chicago demonstrates that commitment.

"We believe our strategy will work in our core business, and we are continuing to invest in that business, but we will continue to review our assets."

Edwards made his remarks during a conference call to discuss financial results for the third quarter, which ended Sept. 7 — a period that excluded Safeway Canada, which the company lists as a discontinued asset, but that included Dominick's, which will become a discontinued asset in the fourth quarter.

Safeway said its exit from Chicago will result in a cash-tax benefit of between $400 million and $450 million that it will use to offset cash tax expenses from the sale of its Canadian assets. Any other cash proceeds will be used to buy back stock and invest in growth opportunities, the company said.

The sale of Safeway's Canadian assets to Empire Co., corporate parent of Sobeys, was announced in June and is expected to close during the fourth quarter.

In other remarks during the call with analysts, Edwards said Safeway will seek to increase sales and enhance profitability by focusing on meaningful differentiation strategies to better serve its diverse shopper base, including efforts already underway to cluster center-store assortments to appeal to different demographics, including premium and Hispanic customers, "and [at stores where those changes have been made] we're seeing sales increases significantly above the company's average non-fuel IDs."

He also acknowledged that a new strategy implemented in the third quarter — designed to focus on improving sales with less emphasis on controlling shrink — resulted in an unplanned increase in shrink levels in certain divisions.

"We have modified our shrink targets to support stronger core sales growth and to support improvements in merchandising assortment," Edwards said, "and we believe excess shrink is no longer going to be an issue. Shrink results in the first four weeks of the fourth quarter have improved and are back in line with the targets we have established."