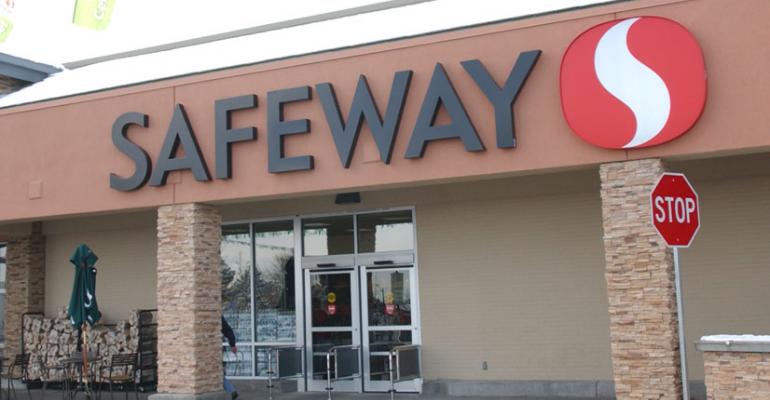 &ldquo;Safeway is healthy in Northern California, but the farther out you go from there, the less healthy its assets are.&quot; &mdash; Neil Stern, senior partner, McMillanDoolittle

“Safeway is operating profitably but at quite low levels, and it’s just eking out positive comps at the cost of margin. So I see the sale of Genuardi’s and Dominick’s as part of an effort, over the next 12 months or so, of Safeway pulling back to position itself as an equity play or acquisition candidate,” he said.

“Safeway is healthy in Northern California, but the farther out you go from there, the less healthy its assets are. So while the sale of its Canadian stores and the announcement of the sale of Dominick’s may be the end of asset sales for now, Texas remains an outlying area, and the chain’s Eastern division [in the Washington D.C. area] becomes even more isolated.”

Karen Short, managing director for Deutsche Bank Securities, New York, also said she believes Texas, among other divisions, “may be under close scrutiny” as an asset sale.

“As Safeway rationalizes its underperforming, less competitive divisions, it will be able to better focus on the markets and regions where it can compete more effectively, especially on the West Coast, which has greater barriers to entry,” Short said.

Chuck Cerankosky, managing director for Northcoast Research, Cleveland, also said he believes Safeway may consider selling additional divisions east of the Rockies “to concentrate on a more contiguous group of stores,” including a possible sale of its eastern division, “which we believe is not generating as much cash as the chain’s stores in the West.”

Scott Mushkin, managing director for Wolfe Research, New York, said the decision to divest Dominick’s is “a great first step” for Safeway in shedding non-core assets so it can invest more in its grocery operations. “We would expect Safeway to continue to divest non-core assets but would also anticipate some purchases that could bolster stronger geographies,” he said.

Talking with analysts earlier this month, Robert Edwards, Safeway’s president and chief executive officer, said the sale of Dominick’s will allow the company to focus “on improving and strengthening our core grocery business.”

Asked by an analyst to define what Safeway regarded as its core markets, Edwards demurred.

“In deciding to exit Chicago, we took action in our lowest-performing division, but past that, I’m not willing to offer any detail.”

Safeway said divesting the Dominick’s operation will generate tax savings of $400 million to $450 million that it will use to offset some of the $1.8 billion capital gains tax it will accrue when it completes the sale of its Canadian assets to Empire Cos.

Because Dominick’s does not have positive cash flow, Safeway will have to sell the 72 Dominick’s stores piecemeal to a variety of buyers, observers pointed out.

“There may be some very strong locations in the chain,” Cerankosky noted, “but Dominick’s as a standalone company has negative EBITDA.”

Industry observers were divided on how successful Safeway will be at finding buyers for all the Dominick’s locations.

John Heinbockel, managing director for Guggenheim Securities, New York, said he anticipates the company may be able to sell 40 of the 72 stores, with proceeds of between $100 million and $150 million.

Cerankosky said he could see up to 30 of the stores going to a single buyer, with between 10 and 20 going to others, “and some may not sell until after they’ve gone dark or else they may end up going to retailers outside the food business.”

He estimated stores might sell for between $1 million and $10 million each.

Andrew Wolf, managing director for the Boston office of BB&T Capital Markets, said he believes there is “solid demand” for Safeway to sell most of the Dominick’s stores.

Stern said the sale of Dominick’s could have been an easy opportunity for someone like Kroger Co. to enter the Chicago market and gain a strong foothold, “but the stores have deteriorated to the point that it would be difficult for someone to repair the franchise, which has seen declines in sales, profitability and market share.”

However, he also said he expects most of the stores to be sold, with half going to major operators — possibly including Kroger-owned Food 4 Less, Roundy’s-owned Mariano’s Fresh Markets and Jewel-Osco, which is owned by a consortium headed by Cerberus Management — and the rest going to Chicago-area independents.

Four Dominick’s stores have already been sold to New Albertsons Inc., which operates Jewel-Osco. Responding to comments from some observers suggesting Jewel might be interested in additional locations, a spokeswoman for NAI told SN, “We’re excited to grow our presence in the Chicago area with the four stores we’re acquiring now, and as additional opportunities present themselves — in Chicago or elsewhere — we’ll always take a look.”

Roundy’s in a statement said, “It is the fiduciary responsibility of our board to evaluate any opportunities that may enhance shareholder value.”

Roundy’s operates five Mariano’s in metropolitan Chicago and seven suburban locations, with another suburban store due to open at the end of this month in Wheaton, Ill., and five more stores set for next year.

Other potential buyers whose names have been mentioned include Butera Foods, Elgin, Ill., and Caputo’s Fresh Markets, Carol Stream, Ill.

Butera operates nine stores in the suburbs northwest of Chicago, with two more locations due to open next year. Bob Butera, chairman, told SN he is potentially interested in as many Dominick’s stores as he can get. He franchises 104 Piggly Wiggly stores in Wisconsin and would like to see Piggly Wiggly acquire some of the Dominick’s so he could franchise additional units under that banner in Chicago.

Bill Bishop, chief architect of Chicago-based Brick Meets Click, told SN he expects half the stores to go to other supermarket operators, “while half are likely to drop out of the grocery business.”

He also said he wouldn’t be surprised if someone ends up operating some stores under the Dominick’s name, which has been part of the market since 1918. “It’s a legacy brand, and there’s still so much goodwill in the name that it would have some value to someone to hold onto it,” he said.

Although the stores are in reasonably good physical condition, Bishop added, Safeway “clearly already made the decision to sell” some time ago because it has been shrinking the size of the selling area at some locations — “letting thousands of feet around the perimeters lie dormant, without trying to obscure the empty space with fake walls.”

Keep up with Safeway news in SN's free e-newsletter

With Safeway saying it is selling Dominick’s to create shareholder value, Meredith Adler, managing director for Barclays Capital, New York, suggested several other ways Safeway could create value — for example, by exiting other underperforming markets like Texas; selling Casa Ley, its Mexico-based joint venture; monetizing the remainder of Blackhawk, in which it owns 73% of the equity; or selling some of the assets of Property Development Corp.

According to Adler, how much it costs Safeway to exit Chicago will depend on how the stores are disposed of. “Obviously closing stores and paying off the landlords will generate greater losses than selling stores to third parties,” she noted. “Management has said the majority of the stores are leased, though we suspect the lease rates are low and therefore the locations may have some value.

“In addition, how the stores are disposed of will influence the amount of exit liability Safeway will have from the union’s multi-employer pension plan. Workers at stores that are bought and operated without meaningful interruption will take their pension liability with them, while Safeway will be responsible for the underfunded portion of the pension for employees who are let go and most likely for the pensions of its Chicago retirees.”