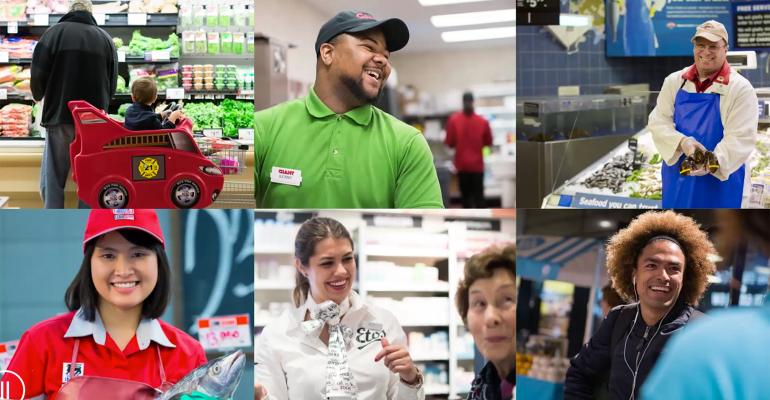 1. U.S. suppliers should prepare for pricing negotiations
Ahold Delhaize plans to hold meetings with U.S. suppliers starting in September. In Europe, the company is rumored to have asked suppliers for an “integration bonus” and new purchasing conditions that would be applied retroactively back to Jan. 1, 2016, Retail Detail reports.

“As we are now one single company, we have had access to details on each other's buying conditions in our different markets. While we are not going into details today, this analysis certainly confirmed the synergy potential coming from sourcing,” Frans Muller, deputy CEO and chief integration officer, said on the call.

2. Two-thirds of U.S. divestments will be completed by year-end.
Of the 86 stores sold off to meet Federal Trade Commission anti-trust concerns, the majority will change hands by the end of 2016, executives said. The deals on the remaining stores will be completed in the first quarter or first half of 2017. However, the company will remove the divested stores when reporting identical store sales going forward.

3. The company plans to unload the remaining former Ukrop’s locations.
Executives confirmed that the combined company will sell off the remaining 10 Ahold stores in the Richmond, Va., market. Ahold Delhaize is already divesting most of the stores Ahold acquired from Ukrop’s.

“We will be disposing of the majority of those [stores] in this process, which will leave a limited presence in the market for the brand,” said Jeff Carr, CFO. “The right sensible thing to do is just exit that market in terms of the brand.”

Food Lion will still have a presence in Richmond.

4. Competition with Walmart remains a priority
When asked about competition for Giant-Carlisle and in North Carolina, executives highlighted the need to react to any pricing changes coming from Walmart. Giant-Carlisle stores in particular go head to head against Walmart, which keeps the banner on its toes when it comes to pricing.

In the Carolinas, Muller noted Walmart had lowered prices on 500 private label items. In reaction, Kroger had a summer-long pricing campaign in the region.

“So, I think we have to prepare ourselves for a competitive environment also in the Carolinas going forward,” said Muller. “We feel that Food Lion is priced right for that challenge, but we have to stay very alert that we make sure that we stay price right also in the coming months.”

5. Ahold and Delhaize banners have made big progress on store remodels.
On the Ahold side, 688 stores have received new produce departments and 640 have remodeled bakeries. Remaining store remodels will be completed in the third quarter. “Our program to improve our customer propositions starts to bear fruit,” said Dick Boer, CEO. (It’s unclear if the pun was intentional.)

For Delhaize, Food Lion’s Easy, Fresh and Affordable program is coming to the Charlotte, N.C., market. Remodels are underway at 142 stores, with a grand reopening campaign targeted for the fourth quarter.