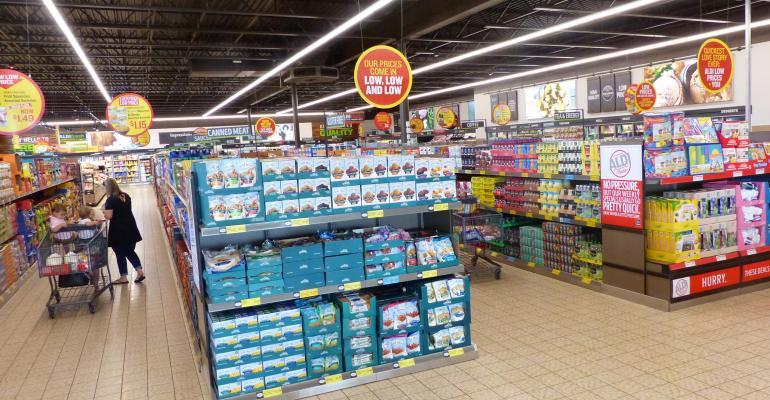 Aldi
Aldi said the 'coast to coast' expansion will focus on Arizona, California, Florida and the Northeast.
News>Retail & Financial

This year, deep-discount grocer Aldi U.S. plans to open its 26th regional headquarters and about 100 new stores, as well as extend curbside pickup to 500 more stores.

Aldi said Wednesday the “coast to coast” expansion will focus on Arizona, California, Florida and the Northeast. The Batavia, Ill.-based retailer also opened nearly 100 stores in 2020, which brought the company into its 37th state, Arizona. In an interview last July, Aldi U.S. CEO Jason Hart said the chain next will enter Louisiana as its 38th state.

Currently, Aldi operates more than 2,070 stores in 37 states. The company reached the 2,000-store milestone in June with two new stores in California.

Next year will see Aldi expanding in the Gulf Coast region. To that end, the chain today broke ground on a new regional headquarters and distribution center in Loxley, Ala. The 564,000-square-foot facility, the company’s sixth distribution center in the southern United States, will serve up to 100 stores in Alabama, southern Georgia, Mississippi, the Florida Panhandle and Louisiana.

Aldi said it aims to open up to 35 new Gulf Coast-area stores by the end of 2022. The first two stores in the region, located in Tallahassee, Fla., are due to open later this year. The new Loxley distribution center also is slated to open next year. The facility will include sustainable building elements — such as solar panels, LED lighting and an environmentally friendly refrigeration system — and create 200 jobs, Aldi noted. 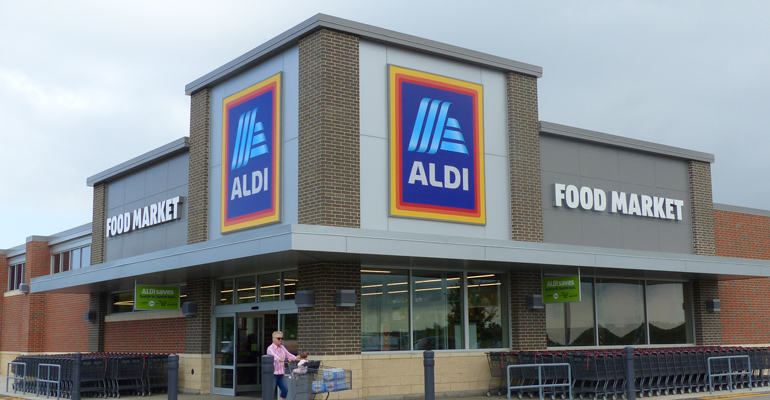 Supported by a new distribution center in Loxley, Ala., Aldi plans to open up to 35 stores in the Gulf Coast region by the end of 2022.

On the e-commerce front, the 500 planned new curbside pickup sites will expand the service — powered by Instacart — to more than 1,200 stores by the end of this year, according to Aldi. Curbside orders are placed via Aldi’s Instacart page or mobile app, and Aldi store associates pick and pack the groceries and bring them out to customers’ vehicles.

“We’re incredibly proud to continue growing in all aspects of our business, from opening new stores to enhancing our e-commerce offerings, especially in light of the challenges businesses have faced in the last year,” Hart said in a statement. “Our commitment to our shoppers, new and existing, is the same. We will do everything in our power to offer the lowest possible prices every day, and we look forward to supporting more communities across the country with amazing Aldi products at a value that can’t be matched.”

The curbside expansion builds on a 600-store rollout of Instacart pickup that Aldi announced in late May, following an earlier pilot of the service. Aldi also has teamed up with San Francisco-based Instacart to enable electronic benefit transfer payments for online grocery pickup and delivery orders in the Supplemental Nutrition Assistance Program (SNAP). Aldi and Instacart kicked off the SNAP EBT integration at over 60 stores in Georgia in November and then extended the rollout to 570-plus stores in Illinois, California, Florida, Pennsylvania and Texas in early December. Later that month, they announced an expanded deployment to another 1,000 stores.

Aldi announced its online grocery partnership with Instacart in August 2017 and rolled out same-day delivery chainwide in the fall of 2018, with the service now available at almost all of Aldi’s stores. The retailer also launched alcohol delivery through Instacart in November 2019.

Under a $5 billion, five-year growth strategy launched in 2017, Aldi aims to remodel and/or expand more than 1,300 stores and extend its retail network from 1,700 to 2,500 stores by the end of 2022. Hart reported in late July that 850 stores had been remodeled under the upgrade plan begun in February 2017 and that Aldi expects to complete the program over the next couple of years.