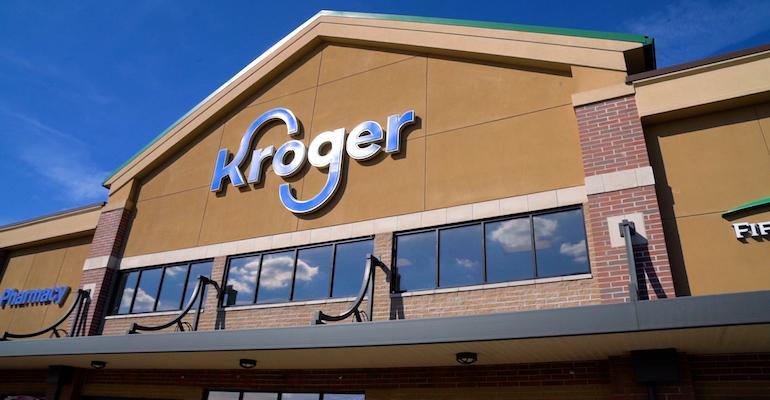 Today’s news that supermarket giants The Kroger Co. and Albertsons Cos. are reportedly negotiating a possible merger deal shook up the grocery retail arena. The looming question, though, is would it be doable?

So far, Kroger and Albertsons haven’t responded to requests for comment to confirm if talks are indeed in progress. Bloomberg first reported Thursday that discussions between the two companies about potential combination were under way, with a potential deal of Kroger acquiring Albertsons valued at $25 billion.

In recent years, the FTC derailed a big merger agreement between two retailers in the same sector: drugstore operators Walgreens Boots Alliance and Rite Aid. The two companies opted to forgo the $17 billion deal — a Walgreens acquisition of Rite Aid, announced in 2015 — after regulators indicated that it would be rejected on anticompetitive grounds. To gain FTC approval, the retailers ended up downsizing their transaction to the sale of 1,932 Rite Aid stores to Walgreens in 2017.

Not long after that, Albertsons had a major merger scuttled, again involving Rite Aid. In February 2018, the companies unveiled a $24 billion agreement in which Albertsons would acquire Rite Aid. The transaction would have joined the nation’s second-largest supermarket operator with its third-largest drug chain, creating a company with revenue of about $83 billion and approximately 4,900 stores and 4,350 pharmacies across 38 states and Washington, D.C. In addition, a deal would have taken Albertsons, owned by an investor group led by private-equity firm Cerberus Capital Management, into the public realm by combining with publicly owned Rite Aid. However, shareholder sentiment turned against the merger — with some investors questioning the marriage of a supermarket retailer with a drugstore chain — and swayed Rite Aid and Albertsons to kill the planned deal in August 2018.

The result of the Walgreens-Rite Aid and Albertsons-Rite Aid deals might provide a litmus test for how the FTC would gauge the competitive impact of a Kroger-Albertsons combination. Walgreens-Rite Aid was a proposed merger of two drug chains, and the FTC wound up giving the green light to a sale of about 40% of Rite Aid’s store base to Walgreens — but not to an outright merger. The proposed Albertsons-Rite Aid combination, however, at the time didn’t appear to generate as much antitrust scrutiny because it would have been a cross-sector merger — a supermarket retailer with a drugstore retailer, though Albertsons is one of the nation’s largest retail pharmacy operators. 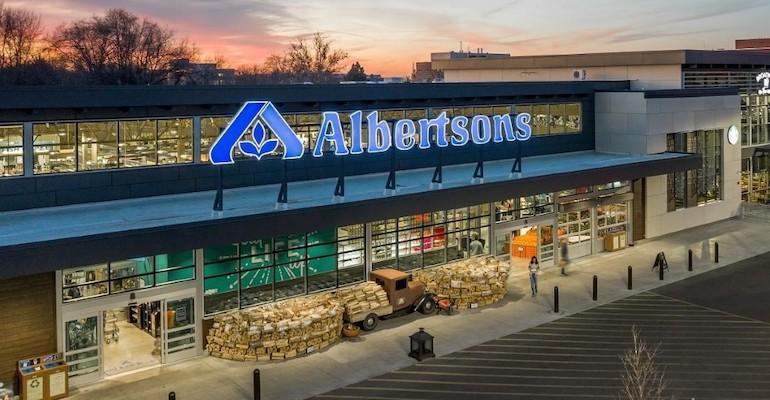 Not long ago, Albertsons was the acquirer in a proposed $24 billion merger with Rite Aid that ended up being scuttled after investors turned against the deal.

Another issue looming over a possible Kroger-Albertsons deal would be how the FTC defines the grocery retail market. Would regulators weigh the potential competitive impact of a Kroger-Albertsons merger only on supermarket chains and independent grocery stores, or would the grocery retail market share of e-tail giant Amazon and mass merchants like Walmart, Costco Wholesale, Target, Dollar General, BJ’s Wholesale Club et al be taken into account?

A similar question was raised by industry observers when the proposed Walgreens-Rite Aid merger went through its paces. Analysts at the time posited that the FTC narrowed its view of the retail pharmacy market to drugstores and didn’t give enough weight to the pharmacy market share of non-drugstore operators like Walmart, Costco, Kroger, Albertsons and other large chains, which compelled Walgreens and Rite Aid to revamp their agreement to win regulatory approval.

“According to an unconfirmed Bloomberg report, Kroger is in talks with Albertsons Cos. about a merger. By our estimates, Kroger is the second-largest U.S. food retailer, with about 8% share, and Albertsons is the fourth-largest, with about 5% share. A merger would keep the combined entity behind Walmart, which we estimate has about 25% share,” CFRA Research analyst Arun Sundaram said Thursday in a research note. “If a deal is announced, expect plenty of antitrust scrutiny as the two grocers have plenty of store overlap in several of the markets they compete in. Also, regulators are likely to question whether consolidation could stifle competition and drive food prices even higher.”

According to industry analysts, Kroger and Albertsons have significant overlap in West Coast markets but little in the Northeast, where Kroger lacks stores.

The omnichannel dimension also may play a role for regulators in evaluating any Kroger-Albertsons merger proposal. Kroger is currently focused on building out a network of customer fulfillment centers (CFCs) and supporting spoke sites to fill online orders under a partnership with United Kingdom-based e-grocery specialist Ocado Group. The extended reach afforded by these facilities will enable Kroger to enter new markets where it doesn’t have physical stores — including Florida, Oklahoma, Pennsylvania and the Northeast — as well as better compete with retail giants Walmart and Amazon.

Kroger hasn’t really focused on brick-and-mortar grocery retail acquisitions in recent years. The last sizable deals by the company included the $800 million acquisition of Roundy’s Supermarkets in late 2015 — which added roughly 150 stores under the Mariano’s, Pick ‘n Save, Copps and Metro Market banners — and the $2.5 billion agreement in 2013 to buy Harris Teeter and its 200-plus stores in the Mid-Atlantic and Southeast.

“We surmise that cost synergies are likely a major factor driving these talks, in addition to increased size and scale to compete with the pocketbooks of competitors like Walmart and Amazon,” Sundaram added. “While the two grocers do have significant store overlap in several markets, which is something they will need to address to avoid cannibalizing sales, it does expand Kroger’s geographic footprint in certain markets (mainly the Northeast).”

*Editor's Note: Article updated with more information on a potential merger deal and the competitive ramifications.