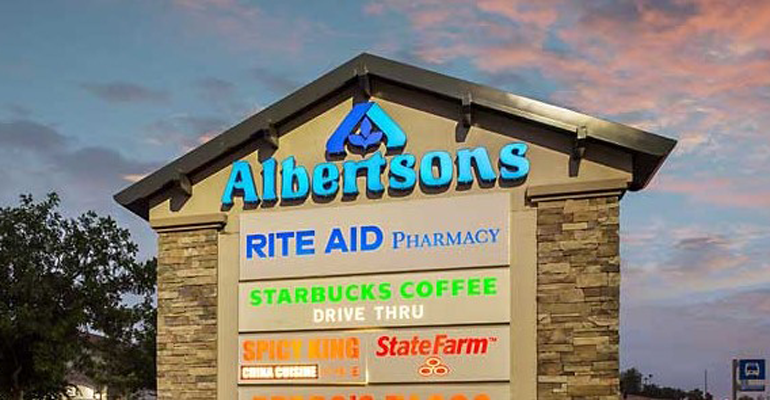 Albertsons Cos. and Rite Aid Corp. have terminated their $24 billion merger agreement ahead of a Rite Aid shareholder vote on the deal that was scheduled for today.

The mutual decision, announced last night, came after Rite Aid shareholder opposition to Albertsons’ planned acquisition of the drug chain had risen in recent months and proxy advisory firms Institutional Shareholder Services and Glass Lewis recommended that Rite Aid stockholders vote against the transaction. Opponents of the merger contended that the agreement didn’t offer Rite Aid shareholders a real premium or an equitable ownership stake in the combined company.

Albertsons and Rite Aid said that, under the terms of their agreement, neither company will be responsible for any payments to the other with the deal’s termination. The special meeting of Rite Aid shareholders to vote on the merger, scheduled for 8:30 a.m. ET on Aug. 9, was canceled.

In a statement Thursday, Albertsons expressed disappointment with the move. The company called the strategic rationale of the deal “compelling” and said it presented $375 million in cost synergies and $3.6 billion in revenue opportunities.

“We disagree with the conclusion of certain Rite Aid stockholders and third-party advisory firms that although they acknowledged the strategic logic of the combination, did not believe that Albertsons Cos. was offering sufficient merger consideration to Rite Aid stockholders. Consistent with Albertsons Cos.’ disciplined approach to mergers and acquisitions, and after careful consideration of all information available to our board of directors through today, we were unwilling to change the terms of the merger,” Albertsons stated.

“We remain excited about the improving momentum, financial strength and industry leadership of Albertsons Cos. Our team has remained laser-focused on execution to drive our financial and operating performance while ensuring we continue to meet and exceed the needs of our customers,” the Boise, Idaho-based supermarket retailer added.

Rite Aid said it will continue to pursue its current strategy to bolster its store base, grow its pharmacy benefit management business and expand its health and wellness offerings. The Camp Hill, Pa.-based company also noted that its board of directors is mulling governance changes.

“While we believed in the merits of the combination with Albertsons, we have heard the views expressed by our stockholders and are committed to moving forward and executing our strategic plan as a stand-alone company,” said Rite Aid Chairman and Chief Executive Officer John Standley.

Standley was slated to become CEO of the merged company, with current Albertsons Chairman and CEO Bob Miller serving as chairman.

The transaction would have joined the nation’s second-largest supermarket operator with its third-largest drug chain, creating a company with revenue of about $83 billion and approximately 4,900 stores, 4,350 pharmacies and 320 in-store health clinics across 38 states and Washington, D.C.

Albertsons and Rite Aid aimed to boost their scale and create more synergies to better compete against larger competitors — including Walmart, Kroger and Costco for Albertsons and Walgreens Boots Alliance and CVS Health for Rite Aid. Both Albertsons and Rite Aid also sought to better position themselves against encroachment by online retail giant Amazon, which acquired Whole Foods Markets in August 2017 and online pharmacy PillPack in late June of this year.

On Thursday, Albertsons reiterated that it has seen some financial momentum, including delivering consecutive quarters of top-line and bottom-line growth. The company also noted that its 2015 merger with Safeway merger is delivering “higher than expected synergies” and that it expected to complete systems integration of the Albertsons stores to in-house systems in September. Albertsons, too, pointed to its growing roster of private brands, which is slated to launch more than 1,100 new items this year, and increasing e-commerce sales, which were up 108% year over year in the first quarter.

“The operational improvements we are making to meet our customers’ needs are driving our improved results,” Albertsons said in a statement. “We are confident that our 275,000 dedicated employees will continue to execute on our business plan to enhance our customers’ experiences and lead the grocery industry with new innovations.”

Albertsons Cos. on Thursday also reaffirmed its fiscal 2018 outlook, which includes an expectation for adjusted EBITDA of $2.7 billion.