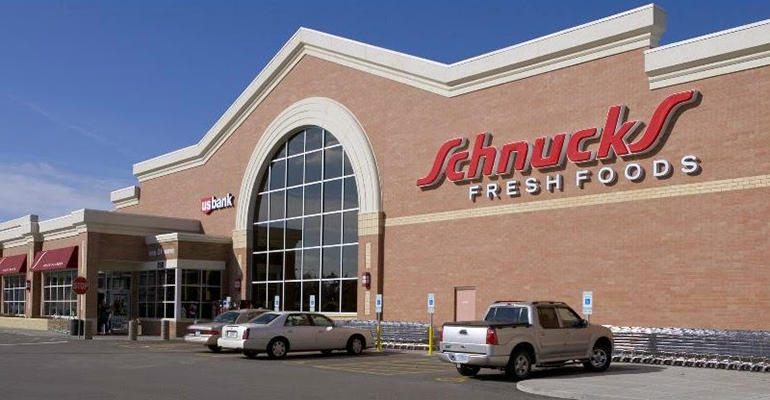 Schnuck Markets
Plans call for 99 of the 110 Schnuck retail pharmacies to be converted to the CVS Pharmacy banner and continue to operate inside Schnucks supermarkets.
News>Retail & Financial

Schnuck Markets plans to sell its retail and specialty pharmacy businesses to CVS Health, which then will operate the supermarket pharmacy locations under the CVS Pharmacy brand.

Financial terms of the agreement weren’t disclosed. Plans call for CVS Pharmacy to interview all Schnucks pharmacists and pharmacy technicians who apply for positions at the rebranded CVS locations.

“As Schnucks continues to expand our emphasis on health and wellness, this collaboration with CVS is an opportunity for us to align with a company that has a similar focus,” Schnucks Chairman and CEO Todd Schnuck said in a statement. “This partnership allows us to continue to provide quality pharmacy services to our customers in a manner they’ve come to expect, while supporting our mission to nourish people’s lives. It also provides our pharmacy teammates an opportunity to further their careers with a premier retail pharmacy chain.”

Woonsocket, R.I.-based CVS noted that the deal boosts its pharmacy presence in the Midwest, where Schnucks currently operates 112 stores in Missouri, Illinois, Indiana, Wisconsin and Iowa.

CVS and Schnucks said their relationship aligns two companies with a similar focus on customer health and wellness, including going tobacco-free. CVS Pharmacy removed tobacco products from all of its stores in 2014, and Schnucks did the same this year, effective Jan. 1.

“We have great admiration for Schnucks and believe CVS Pharmacy can bring additional clinical services to its customers,” stated Jon Roberts, executive vice president and chief operating officer at CVS Health. “One of CVS Health’s strategic imperatives is to ‘Be Local.’ By opening CVS Pharmacy locations within Schnucks stores, we’re increasing access to high-quality care and meeting customers where they are. Schnucks is a best-in-class grocer, and we’re honored to partner with them to bring our best-in-class pharmacy capabilities to their customers.”

For CVS, the agreement represents the second time that the company will acquire and operate pharmacies under its brand in another retailer’s stores. In December 2015, CVS completed the acquisition of 1,672 Target Corp. in-store pharmacies in 47 states and converted them to CVS Pharmacy locations. That transaction also brought CVS 79 Target Clinics, which were converted to CVS’ MinuteClinic banner.

“Target was the first. From a strategic perspective, we’re not committed to pursuing similar additional arrangements but will keep our options open,” a CVS spokesman said in an email statement on Tuesday. Overall, CVS operates more than 9,900 retail pharmacy locations.

CVS and Schnucks expect to finalize their transaction by end of the second quarter, pending customary closing conditions. The companies said in-store changes will be rolled out over several months after the deal closes to ensure a smooth transition for pharmacy patients.

In recent years, changing economics in the prescription drug industry have made it harder for small retail pharmacy operators to compete.

For example, in late October, Western grocer Raley’s announced it was closing 27 of its 96 pharmacies because of “challenges in the pharmacy space.” Prescription files for those locations were sold to Walgreens, CVS Pharmacy and Rite Aid. And just over a year earlier, Stater Bros. shut down its 22 SuperRx Pharmacies and sold their prescription records and inventory to CVS.