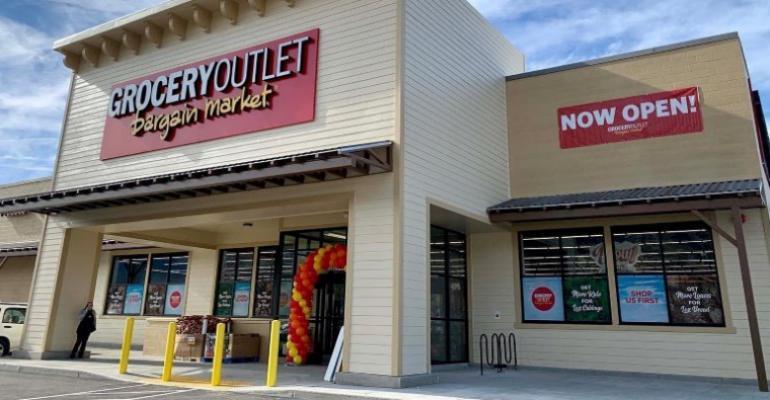 Grocery Outlet
Plans call for Hellman & Friedman to distribute its 9.6 million Grocery Outlet shares, about 11% of the retailer's total outstanding shares of common stock, to equity shareholders on May 28.
News>Retail & Financial

Plans call for Hellman & Friedman (H&F) to distribute its 9.6 million shares, about 11% of Grocery Outlet’s total outstanding shares of common stock, to equity shareholders on May 28.

In late 2014, Grocery Outlet’s senior management partnered with an investment fund affiliated with H&F to acquire the chain from principal owner Berkshire Partners LLC. With the transaction, H&F held a roughly 80% share in the retailer, while management and founding family retained an approximately 20% share.

Grocery Outlet completed an initial public offering in June 2019 after filing for the IPO about a month earlier. Upon the company’s public debut, H&F held a more than 60% share, and since then the investment firm has gradually scaled down its interest in the retailer. In its fiscal 2019 annual report, Grocery Outlet said H&F owned about 30% of the chain’s outstanding common stock as of March 20, 2020.

“The ongoing reduction of Hellman & Friedman’s ownership stake has been a natural and expected part of Grocery Outlet’s maturation as a publicly traded corporation,” Grocery Outlet CEO Eric Lindberg said in a statement. “Hellman & Friedman has been a valued partner since their original investment in our company in 2014. Over that time, we have expanded our leadership team and strengthened our supply chain and corporate infrastructure in order to support our long-term growth objectives.”

Earlier this month, Grocery Outlet reported booming first-quarter sales from higher demand amid the coronavirus pandemic. For the quarter ended March 28, net sales jumped 25.4% to $760.3 million and comp-store sales surged by 17.4%. The company also continued its retail expansion, opening eight net new stores during the quarter and closing out the period with 355 locations in California, Washington, Oregon, Pennsylvania, Idaho and Nevada, compared with 323 stores a year earlier.

“We continue to believe that Grocery Outlet is an exceptional company with a resilient business model and significant long-term growth potential,” stated Grocery Outlet Chairman and H&F partner Erik Ragatz. “We have worked closely with the management team since our initial investment and have great confidence in their ability to achieve ongoing success.”

This past November, Grocery Outlet announced an expansion of its board from nine to 11 members with the appointments of John “Jeb” Bachman, a former PriceWaterhouseCoopers executive, and Mary Kay Haben, a veteran consumer packaged goods executive, as independent directors.