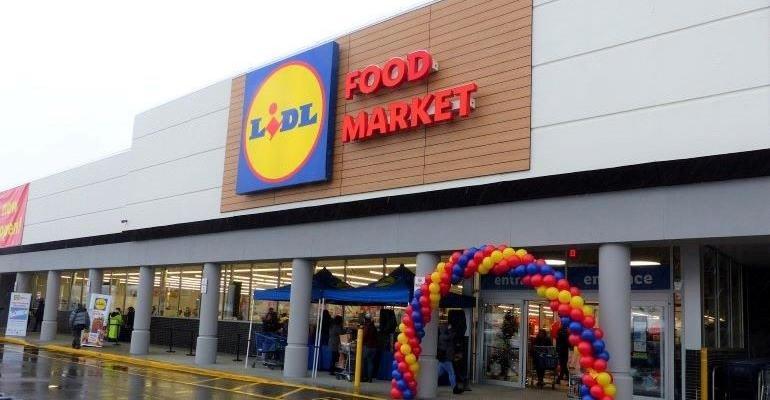 Russell Redman
Of Lidl’s planned new locations, the biggest expansion will be in New Jersey and Maryland, which will get 10 new stores apiece.
News>Retail & Financial

Lidl powers up U.S. expansion with another 50 stores

More than $500 million investment would grow U.S. retail base by 50%

German hard discount grocer Lidl is accelerating its U.S. growth strategy with plans to open 50 new stores by the end of 2021.

Of Lidl’s planned new locations, the biggest expansion will be in New Jersey and Maryland, which will get 10 new stores apiece. Seven new stores are slated for Virginia, followed by six each for New York and Georgia, five for North Carolina, four for Pennsylvania and one apiece for Delaware and South Carolina.

Lidl also said Tuesday that, as part of its relocation program, two stores will be closed in Havelock and Shelby, N.C. All associates at those stores will be given the opportunity to relocate to another Lidl store, the company said.

Lidl US currently operates 103 stores. Most recently, the retailer opened locations in East Meadow, N.Y., on July 29 and Patchogue, N.Y., on Aug. 5. Two more stores are slated to open on Aug. 26 in Dunwoody, Ga., and Sept. 9 in Alexandria, Va.

Since some hiccups following its June 2017 U.S. retail debut, Lidl has steadily pushed forward with its U.S. expansion, including the November 2018 acquisition of 27 Best Market stores in metropolitan New York, a deal that closed in early 2019. Lidl US opened its 100th store in late May in Suwanee, Ga.

At the end of March, Lidl also opened a 700,000-square-foot distribution center and regional headquarters in Perryville, Md. The company said it plans to open its fourth DC in Covington, Ga., over the next two years.

Lidl US saw a leadership change late last month with the departure of Chairman Roman Heini, who left the company for personal and professional reasons. The company didn’t disclose information about a potential successor buy noted that CEO Johannes Fieber will work closely with Lidl International “to drive the business forward.”