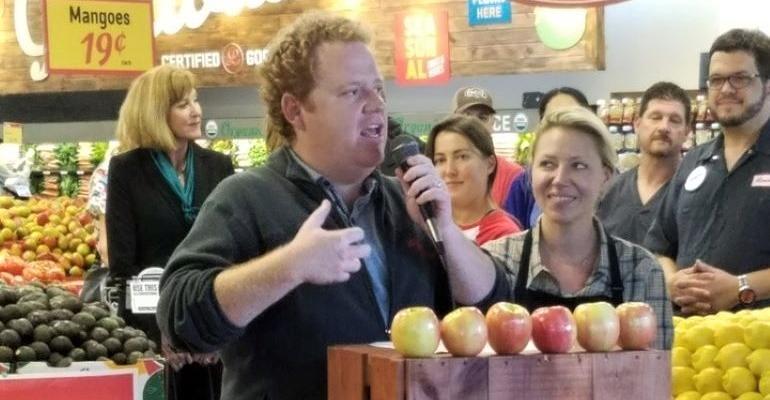 A day after announcing deals to divest stores under bankruptcy protection, Lucky’s Market has agreed to sell its remaining seven locations to co-founders Bo and Trish Sharon.

Lucky’s said late Wednesday that it has entered asset purchase agreements with the Sharons, two chefs who launched the Niwot, Colo.-based specialty grocery chain in 2003. Under a Chapter 11 filing last week, Lucky’s plans to close 32 of its 39 stores in 10 states.

The stores that would continue to operate under the Sharons are in Traverse City, Mich.; Cleveland and Columbus, Ohio; Columbia, Mo.; Melbourne, Fla.; and North Boulder and Fort Collins, Colo. These locations employ about 600 associates. Lucky’s said the proposed sales are subject to court approval and an overbidding process.

“We are grateful to our wonderful team members and customers for all their support, dedication and loyalty over the years,” Bo Sharon said in a statement. “While this is a difficult situation across our company, we remain passionate and optimistic that we can continue to offer our communities access to healthful foods in this smaller footprint, preserving hundreds of jobs.”

Lucky’s reiterated that it “continues to have active dialogue with various buyers.” The company said Tuesday that it expects to cease operations in the coming weeks at the 32 stores earmarked for closure and is running clearance sales for customers at those locations.

On Jan. 21, Lucky’s reported that it aims to close most of its stores and file for Chapter 11 bankruptcy reorganization to facilitate the sale of its remaining locations and assets. The Sharons, Aldi and Publix are stalking horse bidders for the 18 stores under the asset purchase agreements, according to Scott Moses, managing director at PJ Solomon, M&A investment banking adviser for Lucky's on the transactions. In total, those stores have nearly 2,000 employees, he said.

Focusing on natural and organic groceries, Lucky’s operates stores in Colorado, Florida, Georgia, Indiana, Kentucky, Michigan, Missouri, Montana, Ohio and Wyoming. Lucky’s position deteriorated after The Kroger Co. said in early December that it would divest its stake in the grocery chain. In April 2016, Kroger announced a strategic partnership with Lucky’s that included an undisclosed equity interest. At the time, Lucky’s had 17 stores in 13 states.