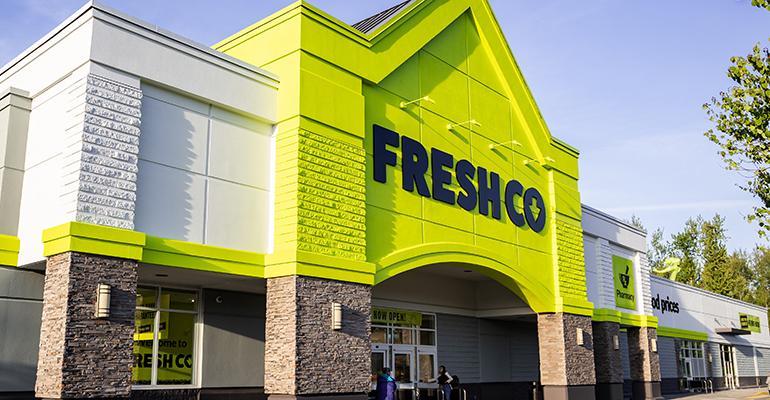 Sobeys Inc. parent Empire Company Ltd. is set to pass the halfway point in the expansion of its FreshCo discount supermarket format.

Stellarton, Nova Scotia-based Empire this week announced seven new FreshCo locations, including six in Alberta and one in northern Ontario. The Canadian food and drug retailer Company has now confirmed 37 of about 65 planned FreshCo stores in Western Canada.

In December 2017, Empire unveiled plans to convert underperforming Safeway and Sobeys supermarkets in Western Canada — amounting to approximately 25% of the banners’ 255 locations in the region — to FreshCo outlets over the following five years.

The first FreshCo opened in Western Canada in April 2019, in Mission, British Columbia. Since then, the company has opened 15 FreshCo stores in British Columbia, two in Manitoba and four in Saskatchewan.

Under Empire’s Project Horizon three-year growth plan, announced in July, plans call for 10 to 15 FreshCo stores to be opened in fiscal 2021. By the end of fiscal 2022, the company plans to have 37 FreshCo locations open for business in Western Canada.

“Empire’s discount network has grown 23% since we opened our first store in the West only two years ago,” Mike Venton, general manager for discount formats at Sobeys, Empire’s food retail subsidiary, said in a statement. “We are committed to delivering market share growth through Project Horizon. Alberta is ripe with opportunity for Empire to compete with a strong discount offering. We are now more than halfway through our FreshCo expansion in Western Canada.”

The six new FreshCo locations slated for Alberta — all conversions of Safeway supermarkets — include Brentwood in Calgary, Millbourne Mall in Edmonton, Saddle Ridge in Calgary, Coliseum in Edmonton, Palisades Square in Edmonton and Gateway Village Mall in St. Albert. Closures of the Safeways are slated to begin in the first quarter of fiscal 2022, with reopenings under the FreshCo banner expected at the end of the fiscal 2022 second quarter.

In Ontario, plans call for the Safeway supermarket in Thunder Bay to close in the fiscal 2002 first quarter and reopen as FreshCo store in the following quarter.

Empire noted that it will work with the unions representing affected Safeway employees in Alberta and northern Ontario to ensure all terms of their collective bargaining agreements are met. The company said it also will collaborate with the respective unions to offer options to impacted employees, including the opportunity to work at Safeway stores within the network or in the new FreshCo locations.

Store closing and conversion costs are estimated at $11.7 million pretax and will be charged to earnings in the fiscal 2021 third quarter, according to Empire.