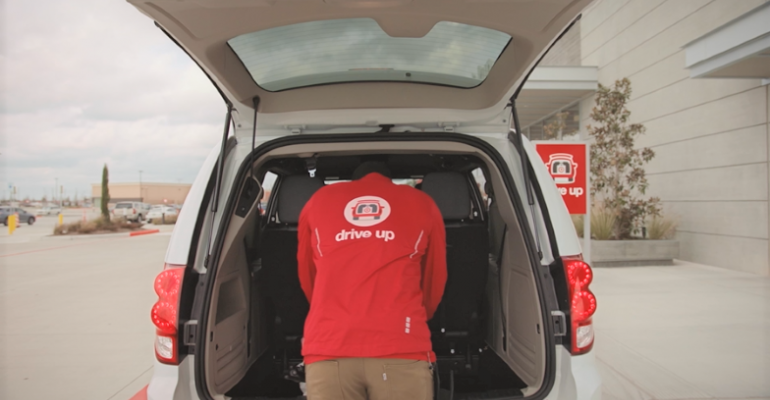 Accelerating its omnichannel strategy, Target Corp. is bullish on the fast growth of same-day fulfillment services — in-store pickup, Drive Up and Shipt — and the potential sales uplift from remodeled and small-format stores.

“We've been rapidly rolling out Drive Up and Shipt across the country for the last couple of years, and order pickup has been available in all of our stores for more than five years. But as we've been highlighting all year, the growth rate of all three of these services in 2019 has been nothing short of remarkable,” Chief Operating Officer John Mulligan said yesterday in a conference call on Target’s third-quarter results. 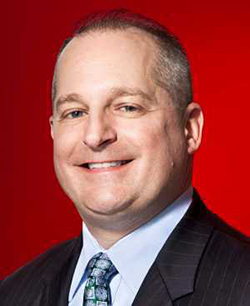 “In the third quarter, the slowest-growing of these services was Order Pickup, which grew more than 50%. Target sales volume fulfilled by Shipt grew more than 100%. And Drive Up, our highest-rated service, saw astounding growth of more than 500%,” explained Mulligan (left). “A portion of the growth for Drive Up was driven by the addition of more than 800 locations compared with a year ago. But more than half of the growth occurred in mature locations as more and more guests in those markets tried the service, loved it and chose to use it again and again.”

Shipt delivery for Target.com orders is offered at more than 1,500 stores across 48 states, and most orders are ready within an hour. The Minneapolis-based retailer recently integrated the Shipt service into Target.com. Meanwhile, Drive-Up curbside pickup service is available at more than 1,750 stores in all 50 U.S. states, and free Order Pickup is offered stores, with most orders ready within an hour.

“Digital sales become a notably higher percentage of sales in the fourth quarter, as guests look for options to save time during the busiest season of the year,” Mulligan said in the call. “And given that we've already been seeing rapid growth in the sales penetration of these services all year, we're planning for them to play a really important role in the fourth quarter.”

At the same time, Target has kept up investment in its brick-and-mortar store base. As of Nov. 2, the company operated 1,862 stores nationwide compared with 1,844 a year earlier.

“We aren't just focused on enhancing our digital capabilities. As I've pointed out before, even in the fourth quarter, the vast majority of our sales still occur in our stores,” noted Mulligan. “And we continue to see outstanding results from the investments we've made in our stores over the last several years.”

During the third quarter, Target remodeled 153 stores, bringing the year-to-date total to 300 remodels.

“We continue to see remodel sales lifts in line with our assumptions, and we've seen a meaningful second-year lift that wasn't originally part of our modeling for these projects,” Mulligan told analysts on the call. “We plan to maintain our current pace of remodels for one additional year in 2020 and then ramp down to a longer-term pace of 150 to 200 per year, beginning in 2021.”

Target’s new small-format stores continue to show “encouraging results,” he said. This summer, the company opened its 100th small-format store and passed the 500 mark in store remodels under a plan announced in 2017. After opening 30 small stores over a five-year period, Target said it upped the pace to 30 annually from 2017 to 2019 and expects to maintain that rate. The company also reported that it’s on track to remodel 1,000 stores by the end of 2020. 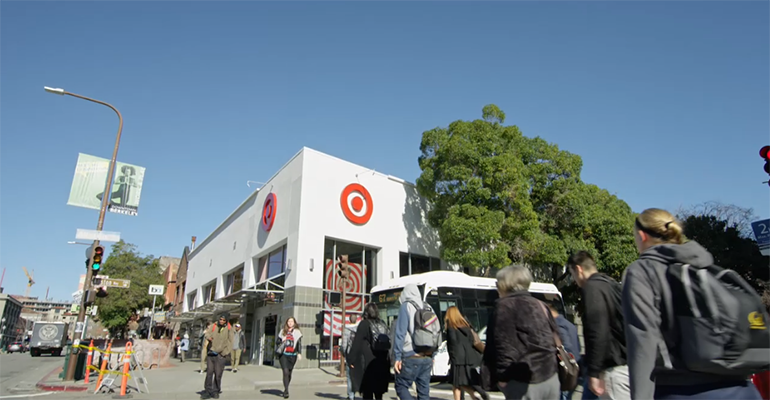 Target's small-format stores include about two dozen locations on or near college campuses.

The small-format stores are located in large cities, suburbs, on or near college campuses, and other locations where a conventional Target wouldn’t fit. Besides stocking locally relevant products at affordable prices, these outlets also provide a convenient pickup site for Target.com orders.

“We opened seven small-format locations in the third quarter, plus another six in November, and sales from this year's entire group of new stores are running ahead of our plan,” Mulligan said. “We plan to continue opening about 30 of these smaller stores per year because they drive guest engagement and deliver strong financial performance, including much higher-than-average sales productivity and meaningfully higher gross-margin rates compared with our larger-format stores.”

Working hand in hand with the store updates is a new operating model rolled out chainwide that’s designed to foster convenience and speed of service for customers and improved productivity from store associates.

“This new model is oriented around our guests, not around tasks, including the creation of dedicated store teams with overall business ownership in key categories like beauty, apparel, home, electronics, and food and beverage,” Mulligan said. “The key to this new model is to continue delivering efficiency when accomplishing tasks, but to orient team goals around guests and business outcomes rather than merely checking off a box on to-do lists.

“The rollout of this model has involved a major evolution in the culture of how we run our stores,” he added. “But we've been really pleased with the results we've been seeing so far, and we are confident this new model will allow our team to provide an elevated experience for our guests throughout the holidays.”