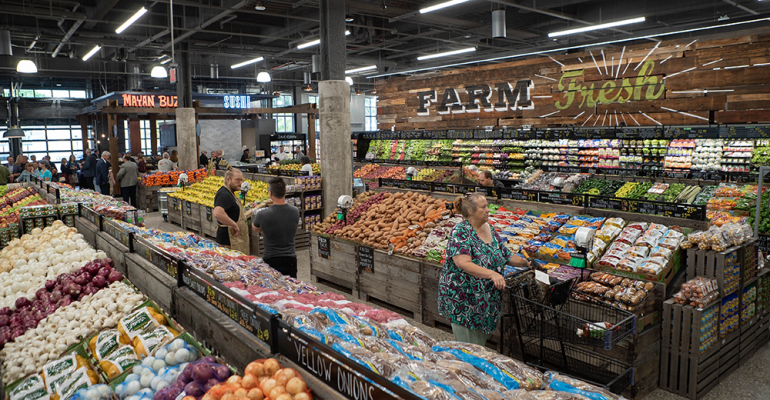 New grocery store openings were up 30% in 2018, with more than 17 million square feet of space added in the United States, according to JLL’s Grocery Tracker 2019 report. More than one-quarter of the new stores were in Florida, California and Texas due to expansion by their respective local market-leading grocers: Publix, Sprouts Farmers Market, Aldi, Kroger and H-E-B.

“Grocery is one of the strongest retail sectors, with nearly twice as many new stores opening than closing last year,” said James Cook, director of retail research at JLL. “The grocery sector has seen shopper habits shift to more frequent, shorter trips, versus large weekly hauls. As a result, grocers are focusing on developing smaller-format stores, those under 10,000 square feet, with more local offerings to appeal to the surrounding community.” 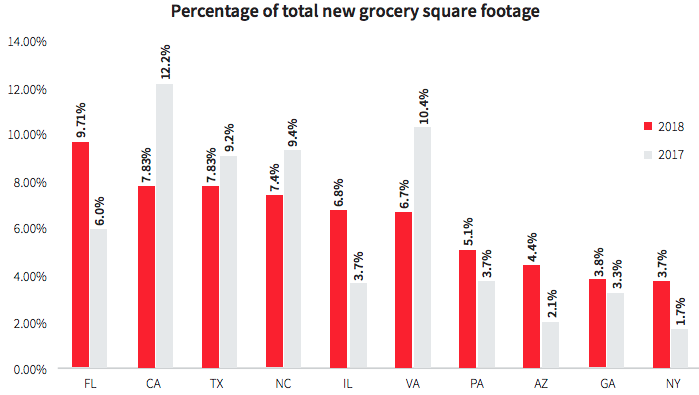 Cook added, “In 2019, we expect to see even more grocery stores rolling out their smaller-format stores as they battle razor-thin margins in prime locations, while still serving evolving consumer needs.”

Already executing this tactic is small-format grocer Aldi, which opened 82 stores last year, that accounted for nearly 16% of the total new stores by square footage. Sprouts continued at a fast pace, adding 30 stores with another 30 planned this year.

“Disruption in the grocery sector proved that even a needs-based retailer needs to evolve with consumers’ changing shopping habits,” he said. “Major chains such as Walmart, Kroger and Giant Foods are all making investments in areas that aim to provide their customers with a flexible and reliable shopping experience that best suits their individual preferences.”

Beyond store openings, in 2018 investment in grocery real estate totaled $9.9 billion — grocery cap rates saw some softening at the end of 2018, increasing 11 basis points from 2017. While single-asset grocery transactions have declined 5.8% since 2016, the average price per square foot has increased by 7.8% across the United States — in primary markets the average price for square foot has increased by nearly 10% (9.5%) over the past two years.

“While grocery investment saw a decrease in 2018, that may be due in part to stricter underwriting standards and lack of Trophy and Class A grocery-anchored deals on the market last year,” added Chris Angelone, retail capital markets lead, JLL. “However, we expect an uptick in premium grocery locations to go on the market in 2019 as REITs and institutional investors continue to dispose some of their smaller neighborhood and community centers.”