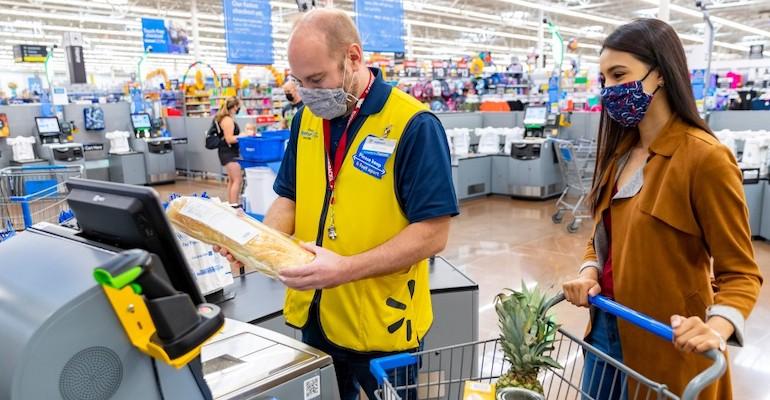 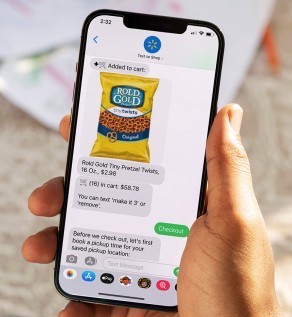 Online sales growth doubled in Q2 versus a year ago, for an 18% gain on a two-year stack, Walmart said. (Photo courtesy of Walmart)

“We’re pleased to see more customers choosing Walmart during this inflationary period, and we’re working hard to support them as they prioritize their spending,” President and CEO Doug McMillon said in a statement. “The actions we’ve taken to improve inventory levels in the U.S., along with a heavier mix of sales in grocery, put pressure on profit margin for Q2 and our outlook for the year.” 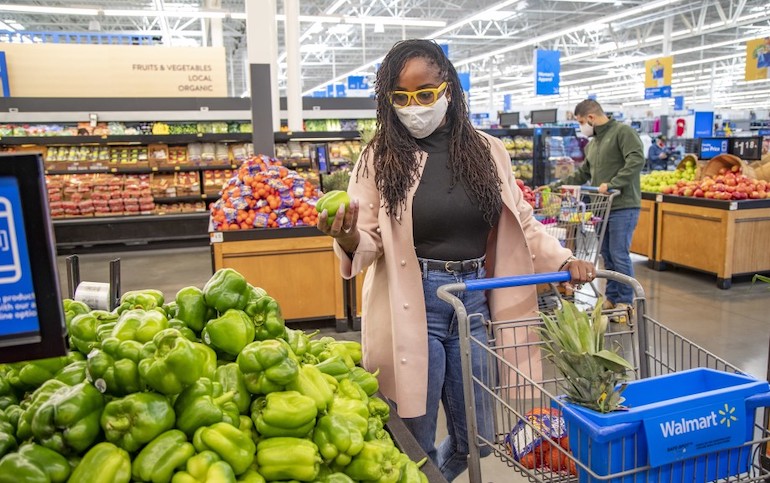 On a comparable basis, food sales were up by mid-teens in dollars but experienced slightly negative to flat unit volume exiting the quarter, according to Walmart.

In the prior-year quarter, Sam’s Club posted gains of 13.9% in net sales and 13.9% in comp sales (7.7% without fuel), with transactions up 5.1% and basket size up 2.5%. The warehouse club chain saw low-teens growth in fresh, frozen and refrigerated foods as well as in grocery and beverages and consumables. E-commerce sales rose 27% and contributed 180 basis points to comp-sales growth.

Combined U.S. comp sales for Walmart, including Walmart U.S. and Sam’s Club, increased 8.8% for the 2023 second quarter and were up 7% excluding fuel.

In its earnings alert last month, Walmart said it expected adjusted EPS to decrease 8% to 9% for the second quarter. Analysts, on average, had projected Walmart’s second-quarter adjusted EPS at $1.60, with estimates ranging from a low of $1.50 to a high of $1.64, according to Zacks Investment Research.

“We made good progress throughout the quarter operationally to improve costs in our supply chain, and that work is ongoing,” according to McMillon. “We continue to build on our strategy to expand our digital businesses, including the continued strength we see in our international market.”

“Seeing second-half guidance still calling for moderation in comps from +6% to +3%, even after late Q2 improvement, implies that even with lower gas prices Walmart consumers are still navigating weekly trade-off and trade-down decisions,” Jefferies analyst Stephanie Wissink wrote in a research note on Tuesday. “We’re encouraged by share gains at Walmart U.S. and the persistence of comp strength at Sam’s Club.”