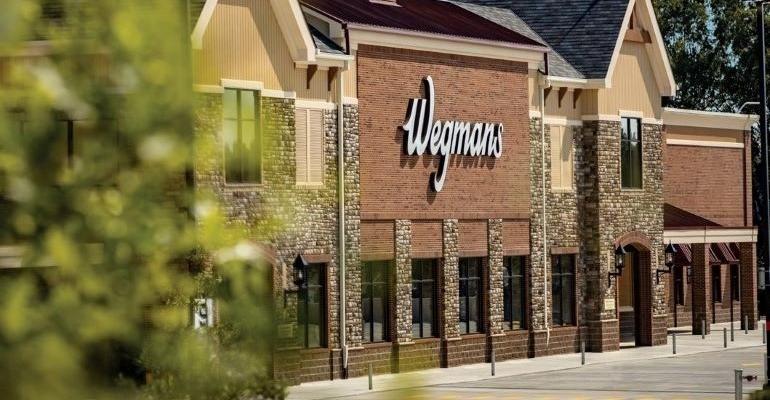 Wegmans
Wegmans has been adding stores in current markets and enlarging its retail footprint.
News>Retail & Financial

The $175 million project will expand the company’s East Coast distribution network to help fuel its growing retail base, which this fall passed the 100-store mark, Rochester, N.Y.-based Wegmans said yesterday.

In Virginia’s Hanover County, the site for the new DC is located along Sliding Hill and Ashcake Roads, off Interstate 95, in Ashland. The 1.1 million-square-foot facility is slated to begin operations in 2022 and become fully operational by the end of the year.

The Ashland DC will be Wegmans’ third regional facility, joining its Rochester and Pottsville, Pa., DCs. The company said the new site will support growth for the next decade and beyond, as it aims to open three or four new stores annually.

“This site has the right combination of everything we were looking for in terms of proximity to our stores and workforce and is located in a commonwealth that we have partnered with for many years,” Wegmans President and CEO Colleen Wegman said in a statement. “Once it’s up and running, this facility will allow us to deliver products to our southernmost stores with increased speed and freshness and will help support our growth well into the future.”

With its expansion, Wegmans has been adding stores in current markets and enlarging its retail footprint. In late October, the supermarket chain entered the New York City market with the opening of a 74,000-square-foot store in Brooklyn. A month earlier, a 104,000-square-foot Wegmans opened its doors in Raleigh, N.C., marking the grocer’s entry into North Carolina, its southernmost store and its 100th location overall.

Upcoming new stores from Wegmans will expand its Mid-Atlantic trade area farther south and grow its presence in metropolitan New York. The retailer said it plans another five stores for the Raleigh-Durham area, including a location at Davis Drive in West Cary slated to open next year. Other North Carolina locations that have been announced include Wake Forest, Cary, Chapel Hill and Holly Springs.

A second metro New York location is expected to open in spring 2020 in Harrison, N.Y., in Westchester County. Other new stores announced by Wegmans include locations in Greenville, Del.; Rockville, Md.; Middletown, N.J; Washington, D.C. (in the former Fannie Mae campus); and Alexandria, Arcola, Reston and Tysons Corner, Va. The Tysons Corner store is due to open in 2020. The chain’s 101 stores are located in New York, New Jersey, Pennsylvania, Maryland, Virginia and Massachusetts.

Virginia edged out North Carolina for the new Wegmans regional DC, which will create 700 jobs. In competing for the project, Virginia Gov. Ralph Northam recently traveled to Wegmans’ Rochester headquarters to meet with the company real estate and development officials.

“It’s a significant win when a business decides to create 700 full-time, well-paid jobs, and we are proud that a company of Wegmans’ stature has chosen to establish its major new operation in Hanover County,” Northam stated. “Virginia is a world-class transportation and logistics hub, and the location of this campus will greatly enhance Wegmans’ fast-growing East Coast distribution network. I was grateful for the opportunity to meet with Wegmans officials to discuss ways we can strengthen our partnership, and I look forward to the company’s continued success in the commonwealth.”