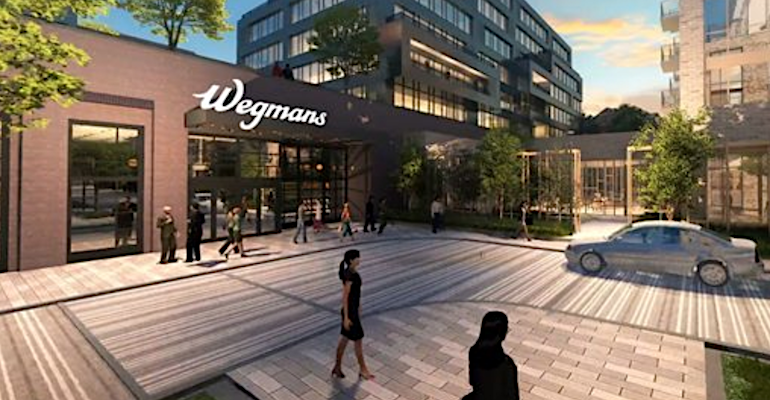 Hiring gets under way for supermarket in former Fannie Mae headquarters

Wegmans Food Markets has begun hiring for its first store in Washington, D.C., due to open next summer.

Rochester, N.Y.-based Wegmans said Monday that it plans to employ about 450 people at the 84,000 square-foot supermarket, including 150 full-time positions. Most of the workers will be hired locally, the regional grocer added.

Available full-time positions at the City Ridge Wegmans range from entry-level management and customer service to overnight grocery and culinary roles such as chefs and line cooks, the retailer said. Training is under way, and hiring for part-time positions is slated to begin at a later date.

“Here at Wegmans, you’ll receive in-depth training that’s unrivaled in our industry, allowing you to drive your own development and grow with the company,” 35-year Wegmans veteran Kevin Russell, store manager at the City Ridge location, said in a statement.“You’re more than just a number, you’re an important part of our team who has a voice and an opportunity to build a career you are passionate about.” 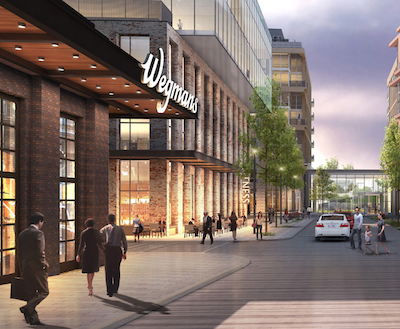 Wegmans said the City Ridge store will house a Market Café, a coffee shop and The Burger Bar casual restaurant.

News of a Wegmans store in Washington, D.C., emerged in mid-2017, when the company said it agreed to be an anchor of the Fannie Mae HQ redevelopment. Along with full-service grocery departments, the upcoming store will house a Market Café, a coffee shop and The Burger Bar casual restaurant. The store site also will include below-level parking space, with residential units above, and be accessible by the Tenleytown Metro station.

In late July, Wegmans announced plans to open its first Manhattan store in the second half of 2023. The former Kmart site at Astor Place in the East Village neighborhood will be Wegmans’ second New York City location, following the October 2019 opening of store at Brooklyn’s Navy Yard.

Wegmans said it aims to open two other new locations in 2022, including an 81,300-square-foot store at the Carlyle Crossing mixed-use development in Alexandria, Va., and a full-size store just outside Wilmington, Del., at the intersection of Lancaster Pike and Barley Mill Road in New Castle County. The latter location will mark Wegmans’ first Delaware store and eighth state. The grocer entered North Carolina, its seventh state, with the fall 2019 opening of a 104,000-square-foot supermarket in Raleigh, which was the chain’s 100th location.