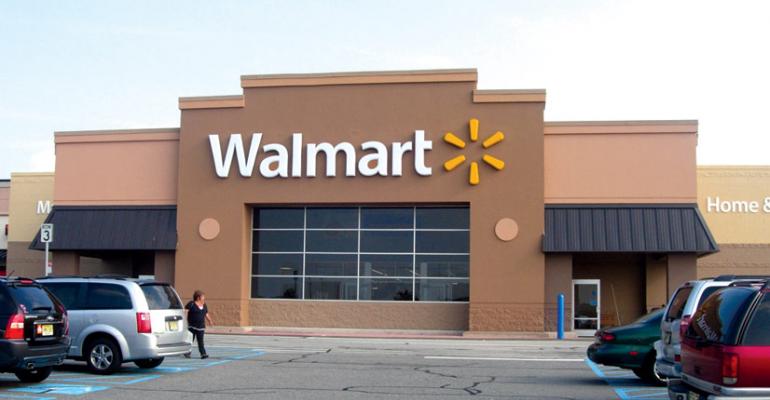 <p>Wal-Mart&#39;s lower-income customer base has yet to catch up to other demographics in the economic recovery.</p>
Top Retailers

“If we see more of the same from the economy — sort of a creeping recovery — you will continue to see the same trends,” he said

The largest, multi-regional traditional supermarket operators collectively outperformed Wal-Mart’s grocery comparable-store sales in both the second and third quarter of 2013, he pointed out.

Traditional supermarkets are reaping the benefits of an economic recovery that has boosted the middle class, while Wal-Mart’s core, lower-income customer has continued to lag.

In addition, Wolf noted, traditional supermarkets, led by Kroger, have greatly expanded their natural and organic offerings and are growing sales of those products at a pace that is contributing significantly to their overall sales growth.

According to Wolf’s calculations, a group of seven large traditional operators that includes Kroger Co., Safeway, Delhaize America, Ahold USA, Publix Super Markets, Winn-Dixie and Supervalu together had comparable-store sales (excluding gas) of about 1% in the second quarter, vs. Wal-Mart’s slightly negative comp in grocery. In the third quarter, those companies posted supermarket comps of about 1.5% to 1.7% (pending Supervalu’s next report), vs. Wal-Mart’s comp-store decline of about 0.7% in grocery.

“The trends are slightly positive for the traditional grocers,” Wolf said. “They are not on fire, but they are at least right around the inflation rate, and most are slightly up in traffic, with a basically flat basket.”

A deeper analysis of the composition of these traditional operators’ sales reveals that their expanding array of natural and organic product offerings is giving them a considerable boost, he explained.

At Kroger, for example, Wolf estimated that such products account for about 10% of supermarket sales but are growing at such a fast pace that they are driving about half of the company’s gains in comp-store sales.

“If they are comping at 3½%, and 1½% of that is coming from natural and organic products, that’s a strong tailwind from organic and natural,” he said, noting that Kroger expects to double its sales of such products as a percent of total sales in the next five years.

Wolf estimated that both Safeway and Publix are driving almost a full percentage point of their comparable-store sales from natural and organic products as well.

Such growth among traditional operators may in fact be contributing to the slowing sales growth reported recently by Whole Foods Market, Wolf added.

“It’s prime time for conventional operators to add space to the category,” he said, noting that such products are benefiting both from the fact that consumers in general are seeking to eat more natural and organic food, and the fact that as the economy keeps improving, more consumers can afford to do so.

Wal-Mart could potentially revive its sales growth if it decided to sacrifice its margins by taking a more aggressive stance on grocery pricing, Wolf noted. Capturing a bigger piece of the natural and organic growth that the traditional operators are enjoying would be more challenging, however, he pointed out.