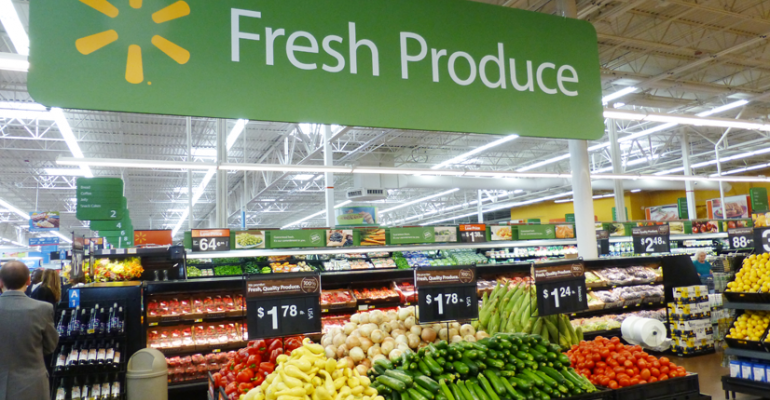 <p> The lighting project will involve the sales floor of all 10,800 Wal-Mart stores.</p>
News>Store Design & Construction

Earlier this month in Bentonville, Ark., the largest lighting manufacturers in the world were set to make their pitch for what likely will be the biggest retail store lighting project in history: the sales floor at Wal-Mart Stores.

“That’s the big kahuna,” according to Charles Zimmerman, vice president of international design for Wal-Mart, speaking at a presentation highlighting how the retailer was using its global size and scale to serve its divisions worldwide.

For Wal-Mart, the sales floor represents the final frontier of a move toward greater lighting efficiency that began more than a decade ago when it began using more efficient LED lighting to illuminate its store signs, Zimmerman said. The company brought LED to freezer cases in 2005 and has since introduced LED parking lot lighting in some locations.

“I would guess that as a result of this global bidding around the world, we will shift to LED lighting going forward, cutting our energy consumption by 50%,” said Zimmerman, noting that energy is Wal-Mart’s second-largest operating expense, and that lighting consumes about one-third of that energy. “You can tell this is a big deal.”

A global presence and need for supplies in quantity help to lower costs by themselves, Zimmerman added. For example, an LED parking-lot lighting installation at a Neighborhood Market store near Wal-Mart’s Bentonville headquarters saved utility costs, but because energy costs in Arkansas were low to begin with, the installation didn’t make economic sense.

“But Puerto Rico has utility rates that are four times what they are here in Northwest Arkansas. Central America rates are three times what we pay,” he said. “So we took it first to Puerto Rico, then to Central America, got some scale and with the volume we were buying, we drove the price down. Within 18 months it was at a price point where it made sense for the U.S. and Canada.”

Zimmerman said he was reminded of Wal-Mart’s buying power two years ago when the company purchased the South African retailer Massmart. That company used the very same skylights in its stores as Wal-Mart did — but paid twice as much for them. “We buy more skylights than anybody in the world. We buy more refrigeration equipment and lighting than anyone. And if you join our family, you should get that benefit too.”