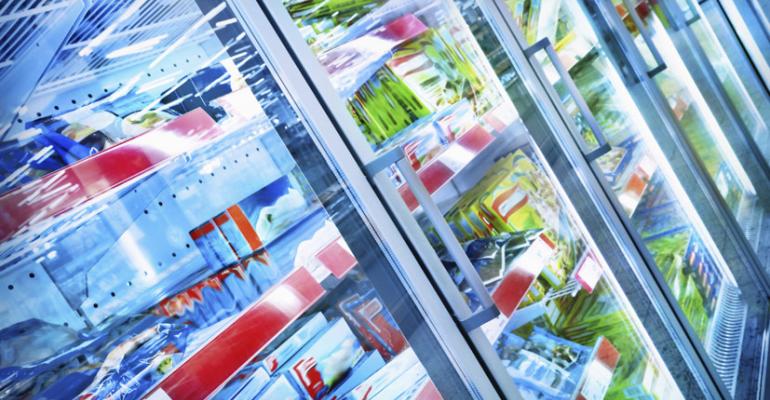 &ldquo;We commission new stores within two weeks of opening. We see a payback in about a year and a half, so it&rsquo;s a good payback.&quot; &mdash;PAUL BURD, Weis Markets

Commissioning for maximum performance was one of the topics for discussion during the 2013 ContractingBusiness.com Refrigeration Roundtable, held during Comfortech 2013 in Philadelphia. Contractor and supermarket manager panelists were asked to share their opinions on store commissioning, how often they commission, and some word about results. Paul Burd, manager of refrigeration and store service for Sunbury, Pa.-based Weis Markets, said commissioning and recommissioning is a regular event at Weis stores.

“We commission new stores within two weeks of opening. We see a payback in about a year and a half, so it’s a good payback,” Burd said. “The key to commissioning is keeping it in that condition. We lock the controllers once we have the stores set up where we want them to be. It sometimes upsets the technicians, because it’s easy for them to go in and raise or lower a set point by 2 pounds. But that’s energy. The key is to keep the system in that condition and not let things get changed.”

“When we do an air balancing, we make sure we mark the dampers’ position during commissioning, because a technician, when he’s out there in the middle of the night and feels the store is warm or humid, blames it on outside air. So he cranks the outside air dampers and walks away from it. Yes, the building cools back down, but we make sure we have that mark to go back to, and keep things fine-tuned. We’ll probably go back every three to five years to perform recommissioning on a store.”

“We meter everything in our stores: compressors, condensers, circuit loads, HVAC, everything,” he said. “He drills down on an individual store, and when he notices excessive energy usage, goes into the system to see if things are in override or not running, whatever it may be.”

Steve Hagen, procurement manager for Sprouts Farmers Market, Phoenix, added that commissioning can have an “incredible” impact on a store environment.

“No matter how experienced or good the contractor is, if you’re not commissioning your store when it’s new, or when it’s remodeled, you’re not getting what you expect,” Hagen advised.

“With commissioning, both the store owner and the contractor who is servicing the store win. And you can see the energy impact between a commissioned and non-commissioned store.”

Hagen said he had a methodical approach to commissioning when he was more active in the process at the store level.

“My approach to recommissioning was always to take about 10% of the worst performing stores and recommission them. And just keep doing that. Every month, you recommission the 10% worst stores, and it just seems to continue to drive the energy costs down.”

“When you finish a new store or a remodeling project, that to me is the golden opportunity for commissioning, because, unless something is way out of whack, we simply don’t have the resources to do recommissioning on any kind of regular schedule,” offered Harrison Horning, director of energy and facilities for Hannaford Bros., the Scarborough, Maine-based division of Delhaize America.

“The second point is that it goes beyond refrigeration and HVAC. You’ve got to be looking at electrical and plumbing, because some of those things can have an adverse impact on the operation of refrigeration and HVAC as well,” Horning said. “Controls are clearly involved, but a plugged plumbing drain could tie in with iced-up coils; and there’s a long list of electrical issues that can come back to cause problems down the road, in terms of operation and energy efficiency.”

“The guys that like to put out fires don’t like to spend time fine tuning,” Gallego said. “They want to get the ice cream case cold again, and go off to the next call.”

Gallego said he and company president Dave Kjelgaard select technicians for projects based on their performance. “As a contractor, it behooves you to put the right guy in there, to keep your costs down, so you can make margin on that call.”

Frank Vadino, president of Cold Technology, Blackwater, N.J., said his firm is fortunate to have predominantly independent stores as its major customers. These customers rely on Vadino and his team for many services.

“We also lock the control systems down, so our technicians can’t make changes. That puts us in a position that supports perpetual commissioning.”

—This article was written by Terry McIver, executive editor, ContactingBusiness.com, a sister publication of SN.