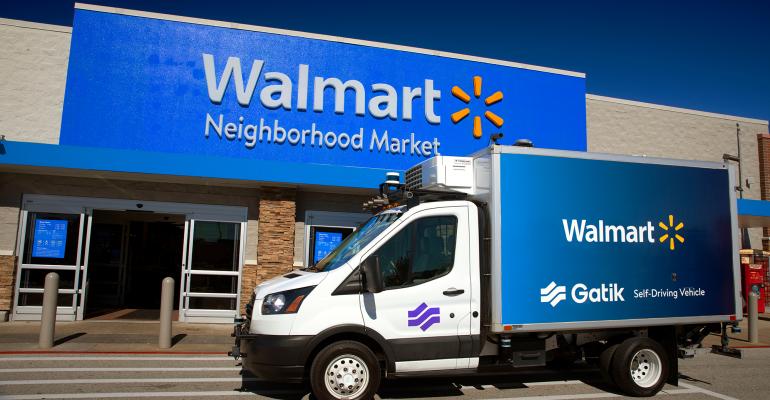 Gatik/Walmart
Gatik’s deployment with Walmart represents the first time that an autonomous trucking company has removed the safety driver from a commercial delivery route on the middle mile anywhere in the world, according to Gatik.
News>Technology

Teaming up with logistics and delivery tech firm Gatik, Walmart is piloting daily delivery without a safety driver behind the wheel of a delivery route in its headquarters city of Bentonville, Ark., moving customer orders between a Walmart dark store and a Neighborhood Market in its fleet of multi-temperature autonomous box trucks.

Gatik’s deployment with Walmart in the state represents the first time that an autonomous trucking company has removed the safety driver from a commercial delivery route on the middle mile anywhere in the world, according to Gatik.

Unlike other driverless operations, this is not a one-time demonstration, but consistent, repeated runs multiple times per day, seven days per week on the delivery route.

The fully driverless operations, which began in August 2021 on public roads, unlock the full advantages of autonomous delivery for Walmart’s customers, said Gatik, including increased speed and responsiveness when fulfilling e-commerce orders, increased asset utilization and enhanced safety for all road users.

“Through our work with Gatik, we’ve identified that autonomous box trucks offer an efficient, safe and sustainable solution for transporting goods on repeatable routes between our stores,” said Tom Ward, senior vice president of last mile at Walmart U.S. “We’re thrilled to be working with Gatik to achieve this industry-first, driverless milestone in our home state of Arkansas and look forward to continuing to use this technology to serve Walmart customers with speed.” 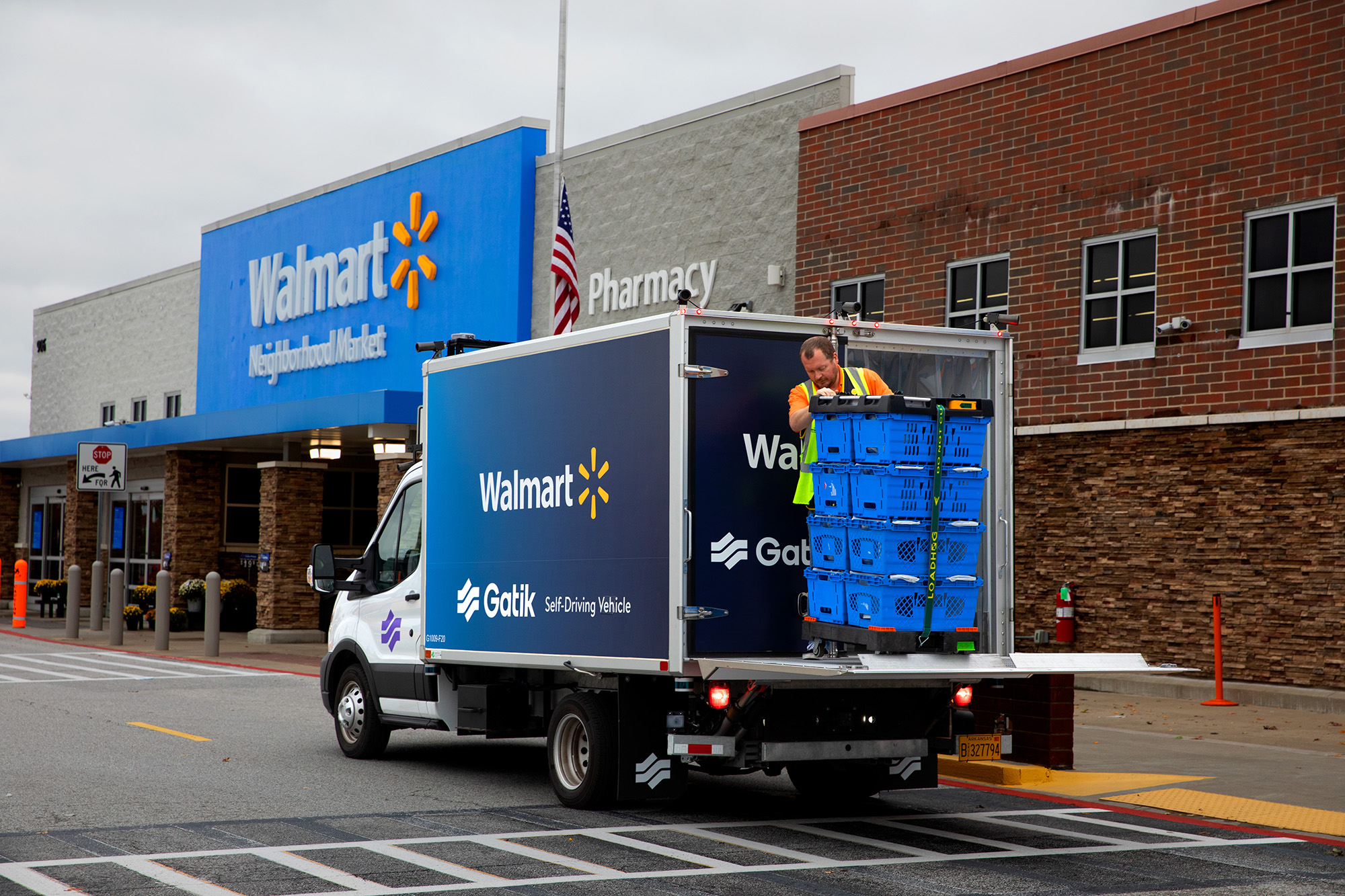 In December 2020, Gatik and Walmart received the Arkansas State Highway Commission’s first ever approval to remove the safety driver from Gatik’s autonomous trucks, following the completion of 18 months’ successful operations. As part of its roadmap to removing the safety driver, Gatik undertook a comprehensive stakeholder engagement strategy, involving state and local leadership and emergency services, and will continue to hold ongoing informational workshops concerning its autonomous operations.

Since commencing commercial operations in 2019, Gatik has achieved a 100% safety record ​​across multiple operational sites in North America (including Arkansas, Texas, Louisiana and Ontario, Canada). Gatik focuses exclusively on fixed, repeatable delivery routes to maximize safety, using proprietary, commercial-grade autonomous technology that is purpose built for B2B short-haul logistics. By constraining the operational design domain, Gatik has been able to achieve the safe removal of the safety driver much more quickly compared to other applications, such as passenger transportation or B2C delivery. The complex urban route in Bentonville involves safely navigating intersections, traffic lights and merging on dense urban roads.

Though the partnership with Mountain View, Calif.-based Gatik focuses on middle-mile logistics, Bentonville-based Walmart has engaged in a number of tests of autonomous vehicles for delivery of online orders of groceries and other items.

Previously, Walmart announced plans to pilot all-electric delivery vehicles with self-driving car company Cruise in Scottsdale, Ariz. And last December, the retail giant unveiled a pilot of Nuro unmanned vehicles for grocery delivery in Houston. That followed a February 2019 announcement by FedEx of a partnership with Walmart, Target and Walgreens to test last-mile delivery of small-shipment online orders via the FedEx SameDay Bot, a wheeled, shoulder-high delivery robot.

Other Walmart partners in pilots of self-driving vehicles for online grocery delivery have included Udelv (in Surprise, Ariz.) and Waymo. In the test with Waymo (formerly Google’s self-driving car project), conducted in Chandler, Ariz., autonomous vehicles pick up customers at their homes and take them to the store to collect their orders.