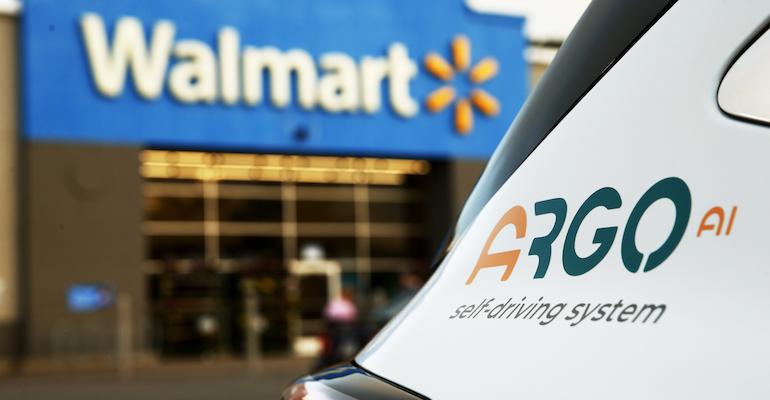 “We’re excited to expand our autonomous delivery efforts in three new markets alongside Argo and Ford,” Tom Ward, senior vice president of last-mile delivery for Walmart U.S., said in a statement. “This collaboration will further our mission to get products to the homes of our customers with unparalleled speed and ease and, in turn, will continue to pave the way for autonomous delivery.”

No launch timetable for the new service was disclosed, but Ford said initial integration testing is due to start later this year. Through the program, Walmart customers will be able to place online orders of groceries and other popular items for door-to-door autonomous delivery directly to their homes. Walmart shoppers within defined service areas of the three markets will be able to access the service, whose reach will be extended over time.

The pilot stands to yield key learnings in how autonomous technology can enhance customer experiences, as well as optimize logistics and operations and gauge consumer expectations as preference shift to next-day or same-day delivery, particularly in urban markets with a higher concentration of deliveries, according to Ford. 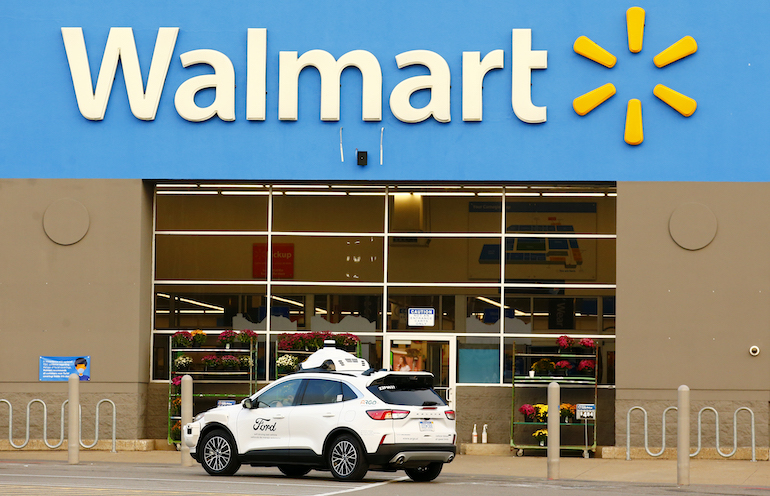 Besides testing self-driving technology in Pittsburgh, Detroit and Palo Alto, Calif., Argo and Ford have been operating in Miami and Washington, D.C., since 2018 and in Austin since 2019 to build autonomous ride-hailing and delivery services. Walmart and Ford also previously piloted online order delivery via self-driving vehicles in Miami in late 2018.

“Our focus on the testing and development of self-driving technology that operates in urban areas where customer demand is high really comes to life with this collaboration,” commented Bryan Salesky, founder and CEO of Pittsburgh-based Argo AI. “Working together with Walmart and Ford across three markets, we’re showing the potential for autonomous vehicle delivery services at scale.”

Bentonville, Ark.-based Walmart has engaged in a range of autonomous vehicle delivery partnerships in recent years. This past April, Walmart said it invested in San Francisco-based Cruise, a majority-owned subsidiary of General Motors, to use Cruise electric-powered autonomous vehicles for last-mile delivery. The move followed a pilot with Cruise’s self-driving vehicles announced last November and begun early this year.

In 2020, Walmart tested the unmanned Nuro R2 delivery vehicle in Houston to bring online grocery orders to customers’ homes. And in July 2019, Walmart announced it was working with Gatik on a “middle-mile” logistics pilot using the tech startup’s self-driving Ford Transit Connect vans to help move goods from the Walmart Supercenter in Rogers, Ark., to a Walmart Neighborhood Market in nearby Bentonville. That test shifted to fully driverless Gatik vehicles earlier this year.

In February 2019, FedEx announced a partnership with Walmart, Target and Walgreens to test last-mile delivery of small-shipment online orders via the FedEx SameDay Bot, a wheeled, shoulder-high delivery robot. Other Walmart partners in pilots of self-driving vehicles for online grocery delivery have included Udelv (in Surprise, Ariz.), Ford (in Miami-Dade County, Fla.) and Waymo. In the test with Waymo (formerly Google’s self-driving car project), conducted in Chandler, Ariz., autonomous vehicles picked up customers at their homes and took them to the store to collect their orders.