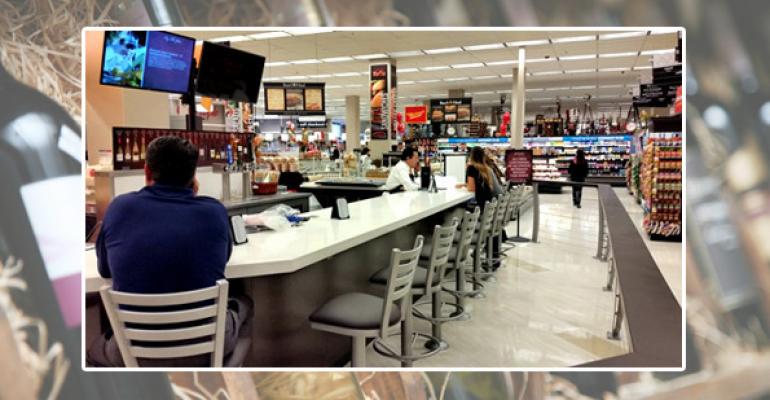 Consumers in downtown Los Angeles can stop into the local Ralphs Fresh Fare either to shop or to lift a glass or two at a new in-store wine-and-beer bar.

The bar, located off to one side in the center of the 49,000-square-foot store, is designed to enhance the customer experience moreso than to generate grocery sales, Kendra Doyel, VP, government and public affairs, for Ralphs Grocery Co., told SN. 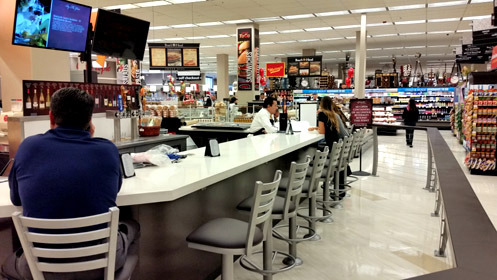 “What we try to do is offer a total experience for customers, no matter what the neighborhood is,” she told SN. “Adding a wine bar is not necessarily intended to generate sales — we simply want to do something different and determine if customers want it.”

Doyel said Ralphs has not determined what kind of traffic the bar is drawing or if it is resulting in additional sales.

Ralphs, a division of Cincinnati-based Kroger Co., operates the perishables-oriented Fresh Fare format at 54 Southern California locations. Although the beer-and-wine bar is a first for Ralphs, it is modeled on similar offerings in other Kroger divisions, Doyel noted.

The Fresh Fare opened in 2007 in an urban area in downtown Los Angeles that draws from residents in surrounding high rises as well as from people who work in the area. The bar was added as part of a $2.5-million remodel that began last summer and was completed in November.

Space for the bar was taken from the deli area of the store, Doyel noted.

The company uses its own employees to operate the bar, based on the experiences of other Kroger operations and the expertise of its wine and beer buyers, Doyel said.