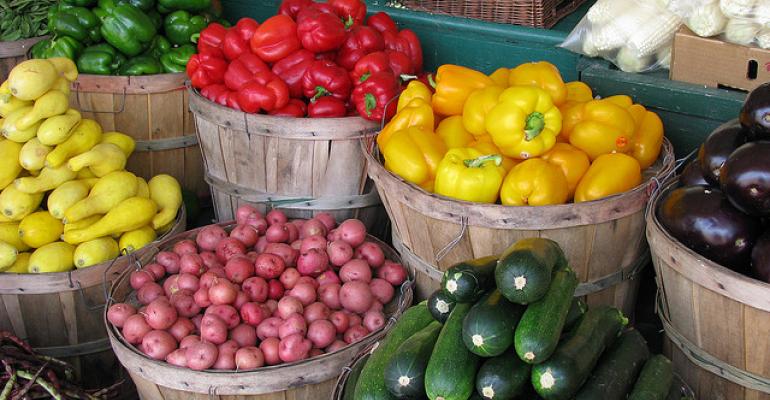 Last year ended on a down note for advocates seeking regulations for the labeling of food products that contain genetically modified ingredients. The atmosphere soured on Election Day, when voters in California defeated Prop 37, which would have mandated GMO labeling. The hard-fought battle pitted consumer and environmental advocates against some of the biggest food companies in the business.

Some industry observers (including yours truly) thought the failure in California would bring about a period of re-assessment, a back-to-the-drawing-board period. The thinking went that supporters needed some time to figure out a different strategy, since going the public question route proved very costly in both money and results.

No way. The fight has moved almost immediately to Washington state, where 350,000 signatures were delivered last week to the Secretary of State's office petitioning for a ballot measure that would require the labeling of GMOs. The “People's Right To Know Genetically Engineered Food Act" is almost identical to Prop 37 in that it requires any food or beverage that contains GMOs or ingredients derived from GMOs to be clearly labeled at the retail level.

There’s also agitation in New Mexico, where a state lawmaker has “pre-filed” a bill that would amend existing labeling laws to include GMO-derived products. This is a slightly different tactic from the California and Washington proposals, since it’s not trying to create an entirely new law. And in Vermont, efforts are underway to re-introduce a labeling bill that passed committee, but failed to come up for a full vote last year. Will these legislative initiatives have a better chance of success than public questions? Time will tell.

There’s also action outside of the political arena, with consumer groups directly confronting manufacturers through public pressure. GMO Inside, a coalition of businesses and organizations, is asking shoppers to sign an online petition that will be sent to two to the nation’s largest cereal and CPG companies, Kellogg's and General Mills.

The group is also urging consumers to call the companies directly, or to post GMO labeling requests on the manufacturers’ Facebook pages.

“Since Prop 37 was defeated in California in November last year, consumer action has only increased,” says Alisa Gravitz, president of Green America, of the of members of GMO Inside. “Kellogg's and General Mills represent just the beginning of what this coalition is prepared to take on.”

These New Year’s efforts represent the groundwork for what will surely become a spring awakening. The defeat in California hasn’t discouraged proponents from getting right back up and charging back into the battle. Two states are considering labeling laws and the chorus of voices calling for GMO labeling continues to grow.

This is no longer about who has the deepest pockets. There’s a swell of popular sentiment that’s beginning to rise. At some point, perhaps as early as this year, no amount of money in the world is going to be able to silence the issue — or its supporters.