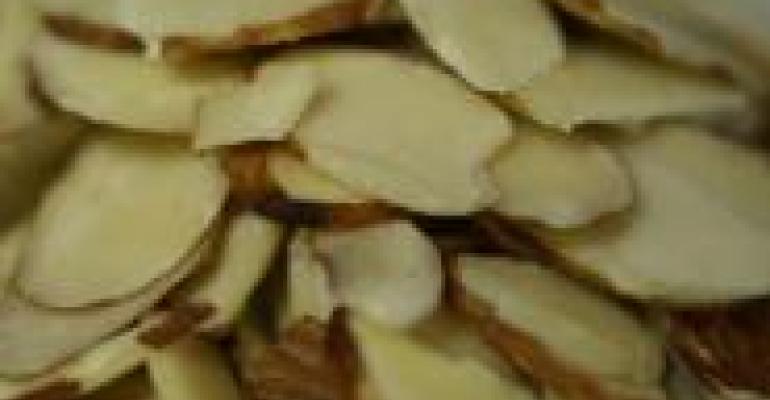 In 2008, we wrote a story about the resurgence in the popularity of chestnuts. 2010 seems to be the year of the almond. There have been some recent developments that remind us just how desirable almonds are among health and wellness consumers.

In the first case, farmers fighting a three-year-old pasteurization rule mandated by the U.S. Department of Agriculture won an important round in a federal appeals court, which will allow them to directly challenge a statute that has infuriated organic and raw food enthusiasts.

The regulation, implemented in 2007 after a series of salmonella outbreaks traced back to the raw nuts, require growers to use steam or chemical fumigation with propylene oxide to pasteurize the crops. What upset everyone the most was that imported almonds were exempt from the regulation.

Domestic farmers — the vast majority of whom work out of California — claim they lost most of their business in raw product to foreign farmers. At the same time, consumers expressed frustration that they were not able to support U.S. growers. What's more, some of the approved pasteurization processes cast doubt on any organic claims.

The appeals court ruling now allows the 15 farmers who joined the lawsuit to petition the USDA directly. They’re liable to get little help from the California Almond Board, which developed the rule with the USDA’s blessing.

Supporters of the current order point out that consumers can still get unpasteurized almonds if they want, albeit imported; and that California growers are inflating the impact the rule has had on their business. Statistics from the CAA at the time the regulation was implemented show that only 30% of members’ total yields were destined for domestic consumption — and most of that (70%) was as an ingredient in manufactured products, where they would be pasteurized anyway. Only a small fraction was truly purchased by U.S. consumers for as a raw food product. Let’s see where this all leads.

From the nut to the glass: A second development has been the new almond milk products coming to market. The nation’s largest dairy foods processor, Dean Foods, announced this summer it was rolling out (under its Silk division) Simply Almond, an almond non-dairy beverage that consumers could use as alternative to traditional fluid dairy or soy. Just this month, Whole Foods Market introduced a private label almond beverage to stores under its 365 Organic Everyday Value store brand. The introduction represents the supermarket industry’s first-ever private label, refrigerated organic almond beverage, according to the chain.

So, let's a raise tall glass of organic almond beverage and toast an industry fighting for the right to give consumers what they what, in whatever form they want it.