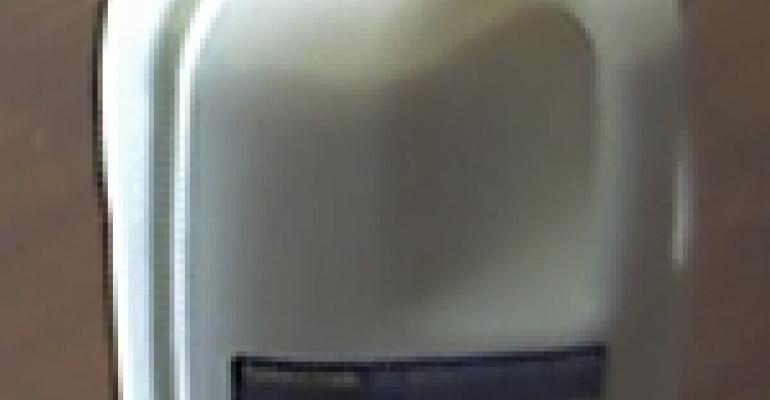 Shoppers have said they want to see more sustainable packaging, but are they willing to make the necessary adjustments? According to yesterday’s New York Times, Wal-Mart and Costco customers aren’t too happy with the stores’ new gallon milk jugs, which are rectangular shaped to allow for more efficient shipping. They’re claiming the new design makes for a terrible pour, dousing much more than just a bowl of corn flakes.

In response, the stores, as well as the manufacturer of the new jugs, say there is a right way to pour — it’s just a little different from what people are used to. Instead of lifting and tipping, try resting the jug on a countertop and then tilting it. Or, as one dairy owner advised, give it a “rock-and-tip”.

Wal-Mart and Costco are trying to teach proper technique to their customers through in-store demonstrations. That’s a smart move, and it shows these retailers really are committed to the adoption of sustainable practices. Wal-Mart in particular has been on a roll lately. Just today, the Bentonville retailer announced plans to include more locally sourced produce in its stores.

Looking at the bigger picture, though, this milk jug issue holds an important lesson to retailers moving further and further into green marketing. Consumers are demanding eco-friendly products and practices from the stores they shop, but they’re often unaware of what that entails. That’s where the retailer needs to come in and tell customers what’s different, why, and what they need to do.

Because it’s not that people don’t want to make sacrifices or change their lifestyles a bit. They just want to know the right way to pour.