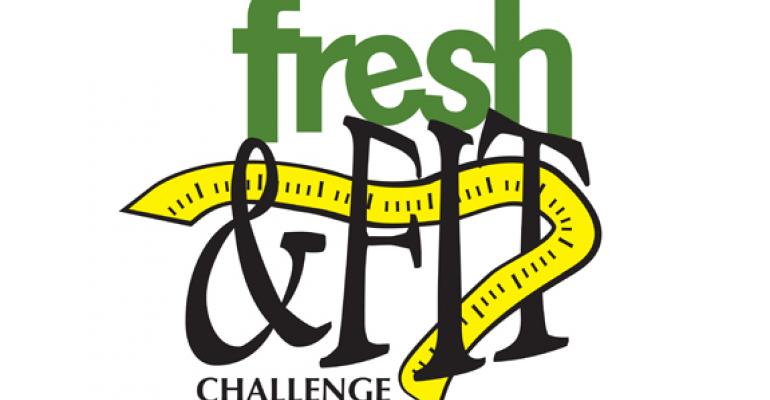 Getting Fit at The Fresh Grocer

Rachael Myrick was nervous when she stepped into first meeting of The Fresh Grocer’s new Fresh n Fit Challenge, a weight-loss competition for store employees. Expecting to see a room filled with slender, fit people, she said, “I saw other people my size and felt more comfortable.” 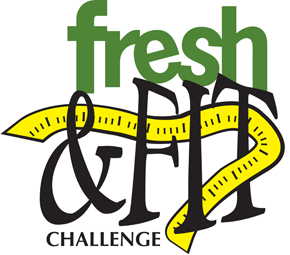 Shelia Lajolie, HR director at The Fresh Grocer, spearheaded the program after a health insurance change. “As a group, it was a very unhealthy group,” she said. With a little inspiration from NBC’s The Biggest Loser, the Fresh n Fit Challenge was born. From January to May, the 150 participants showed up for in monthly weigh-ins and healthy eating education programs. Everyone from store managers to entry-level cashiers were invited to sign up.

Contestants received water bottles, pedometers, a booklet of information and recipes from the Fresh Grocer’s corporate chef, and memberships and discounts to the local Y or Plant Fitness. In short, all the tools were available to get started on the right foot.

The timing was perfect. Not only was it the start of the year, but at a doctor’s appointment the month before, Myrick had been told she was at risk for a stroke. Myrick had gained more than 100 pounds during six months of bed rest during her pregnancy. Through friendly competition and group support, Myrick quickly became a store leader — both in weight loss and motivation.

The first month, she lost 20 pounds, then about five pounds a month after that. She quickly became a motivation to other participants at the store, who would approach her asking for tips and motivation. By the final May weigh-in, she had lost more than 44 pounds and 20 percent of her BMI, making her the grand-prize winner.

With The Fresh Grocer’s mission to bring healthy choices to food deserts, often in urban areas, the store supports healthy choices among its customers and employees. With more than one-third of American adults overweight or obese, the supermarket is trying to make the health choice the easy choice. Grilled chicken is displayed next to fried chicken. A new product line of premade salads was just rolled out. 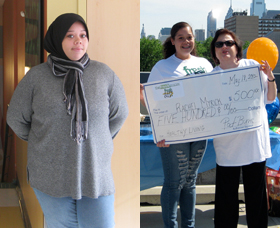 Though this year’s competition is over, Myrick isn’t stopping in the journey. She runs every day, and her family has cut pasta, pork and beef out of their diets. “It’s easier now, but at first portion control was really hard,” she said. “I used to just eat until was full.”

The Fresh Grocer plans to turn its Fresh n Fit Challenge into an annual competition, and next year, as the winner, Myrick will share her success as the challenge’s spokesperson. With her positive attitude and quick laugh, it’s hard to imagine a more motivating spokesperson. “I started to have low self-esteem,” she said. “Now I feel happier doing something positive with my life.”