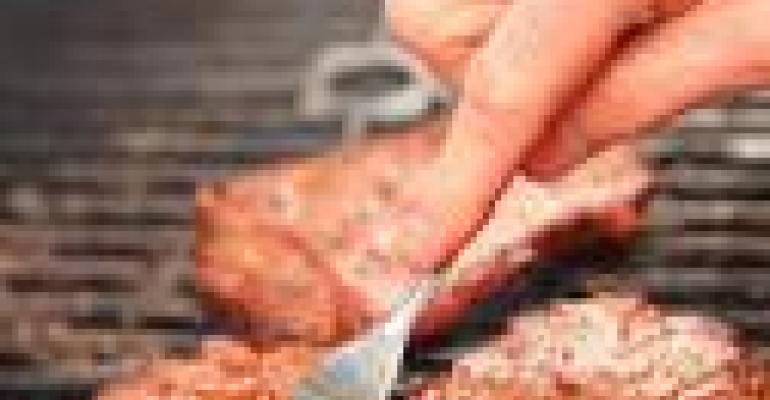 Last summer was a good one for grilling. Encouraged by poor attendance at steakhouses and other high-end restaurants, supermarkets ramped up their selection of premium quality meats at affordable prices. Some of the stories included USDA prime cuts selling for $8.99/lb. at Costco, and Wagyu beef, which normally goes for around $40/lb., selling for $14.99 at Seattle’s Metropolitan Market.

Madness! Delicious, delicious madness. As much as shoppers would like this trend to last, the reality is that it won’t. Feed costs are up, the economy is rebounding, and health and environmental concerns are transforming the meat case into the latest battleground of ideals.

What are some of these concerns? The use — some would say overuse — of sub-therapeutic antibiotics on livestock, for starters, has become a hotly contested issue. According to research out of West Texas A&M University, one-third of consumers believe that eating meat from animals treated this way will make them resistant to antibiotics. There’s also the issue of humane treatment, with 57% of consumers who believe mistreatment is widespread in the industry, according to the same study.

And then there are those who are cutting out meat entirely — or for one day, at least. Meatless Mondays, a grassroots effort that asks people to skip meat one day out of the week, is expanding across schools and households. It addresses the concerns that many people have over meat’s — especially red meat’s — saturated fat content, as well as the environmental impact of livestock processing.

All of this adds up to create some major red flags for the meat industry. But they’re not just watching all of this happen; they’re using their marketing muscle to play up the healthy side of the market. In February the Beef Checkoff Program, which represents America’s beef producers, ran an “I Heart Beef” campaign to promote the benefits of lean cuts. This month, the program began an advertising effort focusing squarely on the “compelling and surprising” information about 29 different lean beef cuts.

The healthy makeover is an interesting one, and it could be right on target. A study this week out of Harvard University suggests that the heart hazards often associated with red meat are found mainly in processed choices like colds cuts, bacon and hot dogs, leading researchers to believe salt could be the main culprit.

There’s certainly no harm in playing up the healthy side of meat. But consumers are also demanding transparency and more natural varieties. No doubt supermarkets across the country are working to meet these demands right now, at the beginning of what’s sure to be an interesting grilling season.