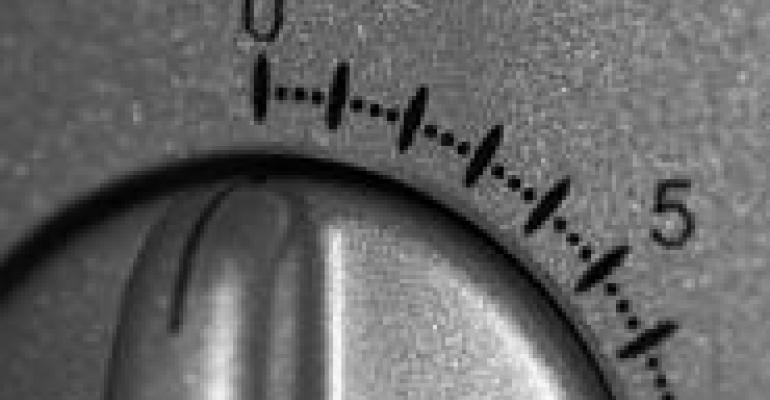 As part of an ongoing effort to update the nation’s aging power grid, companies have introduced “smart meters” as a new way to monitor energy levels. What makes them so “smart”? Well, aside from sparing the rhododendrons beneath your old analog meter getting trampled each month by some burly reader, smart meters conserve energy and give consumers feedback and control over their power levels. It’s a digitized, interactive version of your house’s energy system — and it’s all online.

Bear with me here.

It’s pretty clear that these smart meters are — or at least represent — the future of household energy, and manufacturers like General Electric and Whirlpool have jumped on board. GE has started distributing the first ever “smart appliance”, a water heater that links into the smart meter system. Whirlpool, meanwhile, plans to make 1 million “smart dryers” by 2011.

As our appliances get smarter, it stands to reason that food will need to follow suit. If people log on and see, for example, that they’re using way too much energy powering their microwaves, they may buy fewer frozen meals, or perhaps search out foods with shorter cooking times. The transparency, the new levels of information, could very well change the way people think about their food. We’re all concerned with nutrition facts — well, what about “energy facts”?

This is all very hypothetical right now. But it’s not too hard to imagine, especially given people’s growing concern over energy use, carbon footprints and such.

And of course, there’s always the possibility that the smart appliances could become too smart, and end up taking over the world.