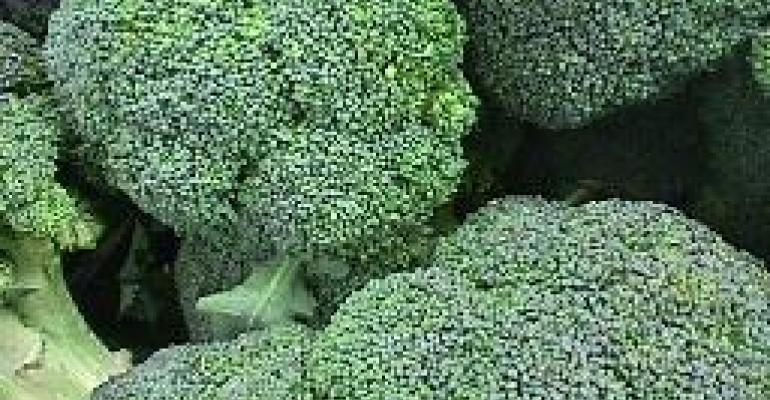 I don't want to date myself by making the well-worn reference to President George Bush the Elder and his opinion of broccoli. So, I'll just say this: Put plenty of broccoli in your Fourth of July salads.... Heck, put broccoli in everything, especially if you're a guy.

A new study out purportedly demonstrates just how this cruciferous vegetable fights cancer — a compound called isothiocyanate is believed to activate both genes that fight cancer, and shut off those that promote tumor growth. The dual action makes broccoli and its cousins — brussel sprouts, cauliflower, cabbage, rocket or arugula, watercress and horse radish, among others — twice as powerful in fighting cancer.

For the British study, 24 men with a high risk for prostate cancer were split into two groups. Half of them ate four extra servings of broccoli a week, while the others ate peas. Tissue samples taken during the year-long study showed that men who ate broccoli showed hundreds of changes in genes known to play a role in fighting cancer.

What makes broccoli king is that it contains a particularly powerful type of isothiocyanate called sulforaphane. It really seems to kick the butt-cells of prostate cancer.

Anyway, this is just another conclusion supporting Mom's admonition to "Eat your vegetables." In the words of one of the researchers here, now we're learning why we should be eating them. Hear that, George?