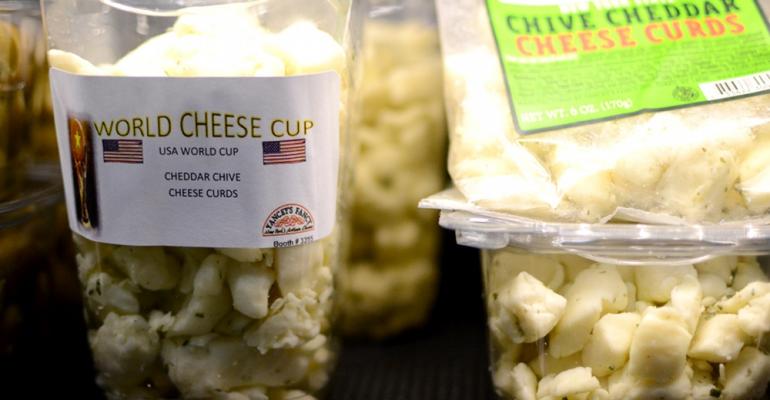 Today was the first day of the 2013 Deli Dairy Bake in Orlando, Fla., and the show was already in full swing.

Here are a couple dairy trends I noticed at the expo: 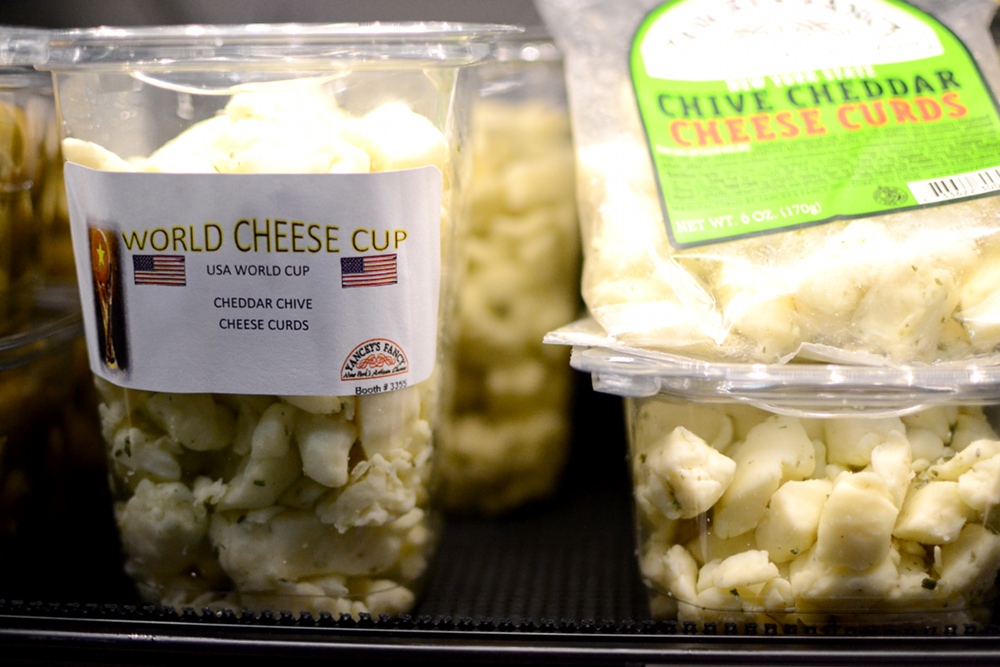 I tend to think of cheese curds as a midwestern regional specialty, but considering the amount I saw on the show floor, I'd say curds are on the move. Some types were even flavored, like the chive cheddar cheese curds presented at the Show and Sell Center (see right).

A separate Show & Sell deli display used curds as part of a recipe. "Poutine" is a dish made by pouring hot brown gravy over French fries and curds that creates a melted concotion, said Jon Gazin, Team Canada.

“It is all in the flavor of the gravy,” said Gazin. 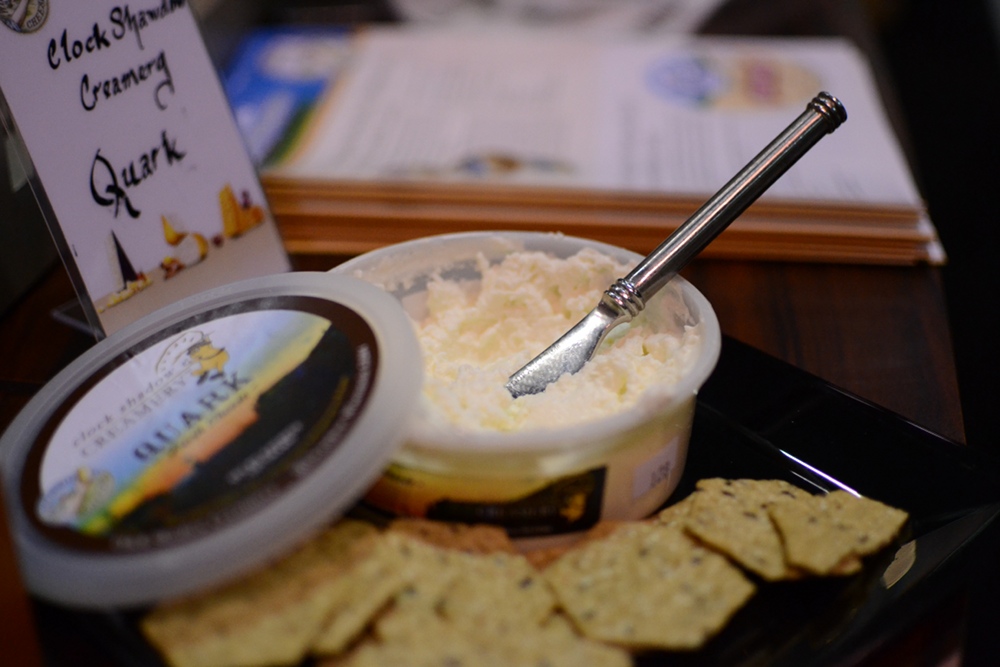 Suppliers are offering more sour and savory dairy products than in the past, such as cultured crème fraiche or the crumbly Clock Shadow Creamery’s Quark cheese with a hint of tang. (Interesting tidbit: The Wisconsin Milk Marketing Board’s Joanna Miller told me the Clock Shadow Creamery is actually made in an urban cheese factory in Milwalkee.)

With consumers embracing tart frozen yogurt and Greek yogurt, I expect tart products to continue to expand throughout the dairy case.