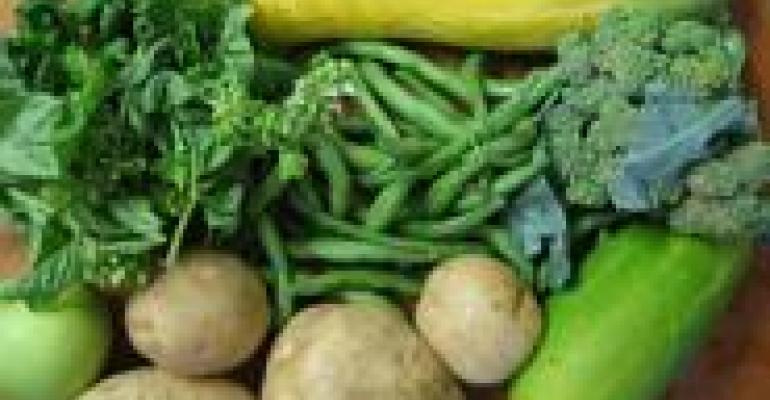 Mainstream supermarkets have had a good deal of success offering local products, but in terms of authenticity, they’re city slickers compared to farmer’s markets and community-supported agriculture.

Retailers have tried to close the gap over the past few years, plunking down hay bales and wagons and bringing farmers into the stores like celebrities to meet customers. They’ve improved their logistics, too, cutting down shipping routes and buying from co-ops that aggregate goods from numerous farms in order to meet retailers’ economies of scale.

Still, it doesn’t measure up to the just-picked freshness that people find at their local farmer’s market — and probably never will.

So if you can’t beat them, how about joining them? That’s what Lowe’s Foods has decided to do with its new Locally Grown Club, a tried-and-true CSA that operates out of select stores. The program began last month and runs into mid September. People had the option of signing up for the entire 7-week period and pay $175 for a weekly box of produce gathered from nearby farms, or they can go for a three-week or one-week subscription and pay less.

From the press release:

Lowes Foods Locally Grown Club will feature six to ten varieties of assorted produce in each box that may include zucchini, yellow squash, green peppers, blueberries, sweet potatoes, cabbage, cucumbers, tomatoes, peaches and many other seasonal items. Customers will receive over twelve pounds of produce each week for the entire seven weeks.

Sounds good, doesn’t it? Lowe’s isn’t the first supermarket to do this. That’d be Dorothy Lane Market, which operates three stores in Ohio. Its Local Food Club started back in 2009 and is still going, with customers able to sign up for produce deliveries from June into early October.

Lowe’s states that its Locally Grown Club is a way to promote the selection of local items it regularly carries. That’s an interesting concept that cheerfully promotes a mutual coexistence between the two formats. But there’s a challenge lurking in there. Will customers notice a difference between the store’s produce and the CSA’s? Are they happier with clean, attractive vegetables or do they like getting some grit under their fingernails? The answers would say a lot about the evolution of the local movement in retail stores.