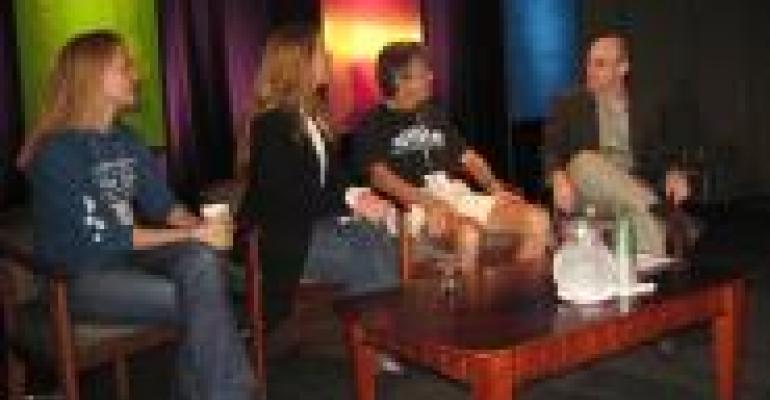 That’s the case with the four-unit retailer Jimbo’s…Naturally!, based in San Diego, according to president/owner Jim (Jimbo) Someck.

“I have switched my perspective,” he said during an industry panel presentation moderated by Peter Sagal of National Public Radio. “I used to spend marketing dollars trying to reach new people. Now I believe the best marketing I can use is word of mouth. And I reward those who shop my stores.”

Someck also builds loyalty by rewarding his communities. “We don’t do much newspaper or TV advertising, but instead we contribute to charities, schools and other institutions. That’s our message.”

Other panelists remarked on the continued loyalty of the natural foods customer in general, which they contend will help this industry through the recession.

“People who purchase our products describe themselves as natural, and there’s a lot of protection in that,” said Keegan Sheridan, Natural Food and Lifestyle Expert, Kashi Co. “They don’t just do it because it’s trendy, it’s how they define themselves as people.”

Meanwhile, Melody Meyer, National Director of Procurement for Fresh Produce, Alberts Organics/United Natural Foods, made an optimistic prediction of her own. “We’ll keep the committed people in this recession, and the broader population is returning to hearth and home and they will turn to our products too.”